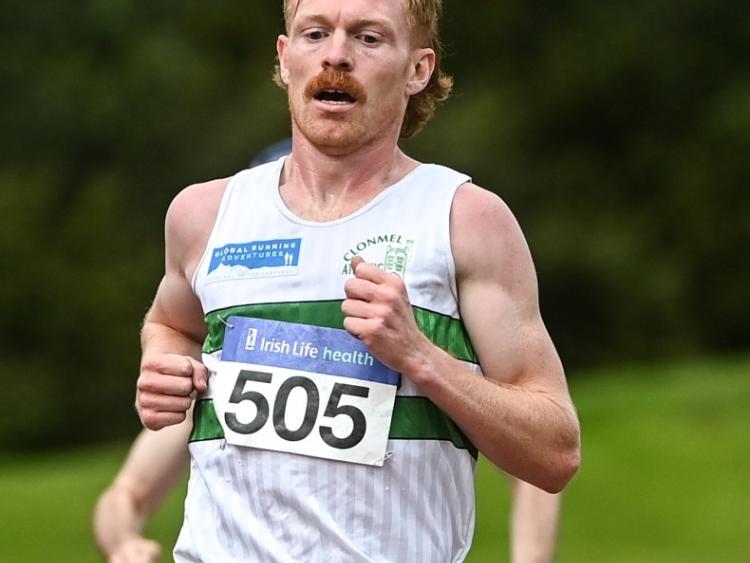 The World Athletics Cross Country 8k Permit race took place in Albufeira, Portugal last Sunday,with Sean Tobin finishing in third place.
The Clonmel man is currently training in Portugal and this race will have given him a great guide as to how his training schedule is progressing.
His previous race was at the European Indoor Championships in Poland in early March, when he finished 11th in the 3,000 metres final, having set a personal best over that distance in the semi-final.
Last weekend's race was over a different terrain, with Sean trading the smooth indoors track for a tough surface on a hilly, wooded grass course, with lots of twists and turns on what looked like a dirt track.
Still, this didn’t deter Sean as he was determined to give it his best shot.
As the race unfolded the Clonmel athlete was always at the business end of the race, either dictating the pace or sharing it.
Midway through the three laps race the leading group was down to three athletes, with Sean at the forefront, ensuring that the pace was strong.
Tobin was still setting the pace as they went out on the last lap, with Thierry Ndikumwenayo of Burundi and Hosea Kiplanget of Uganda in close attention.
Then midway through the final lap Thierry and Hosea increased the tempo and had moved clear of Sean as they came back into view, as they emerged from the wooded area.
Ndikumwenayo went on to win in 25 minutes, 21 seconds; Kiplanget was second in 25 minutes, 30 seconds and Tobin finished third in 25 minutes, 38 seconds.
“This was a very good performance by Sean and shows that his training is going well, as he heads into a busy track season that will hopefully see him qualify for the Olympics,” says Clonmel Athletic Club PRO Niall O’Sullivan.
“That would be a fantastic achievement by Sean and richly deserved, as he epitomises all that is good in the sport.
“This would be a fitting achievement for the club, as it celebrates 50 years of activity, to see one of their own members who has come up through the juvenile ranks and emerge onto the senior international stage and go on to compete on the greatest stage of all, the Olympics,” Niall added.