Club says that divisions are at a crossroads 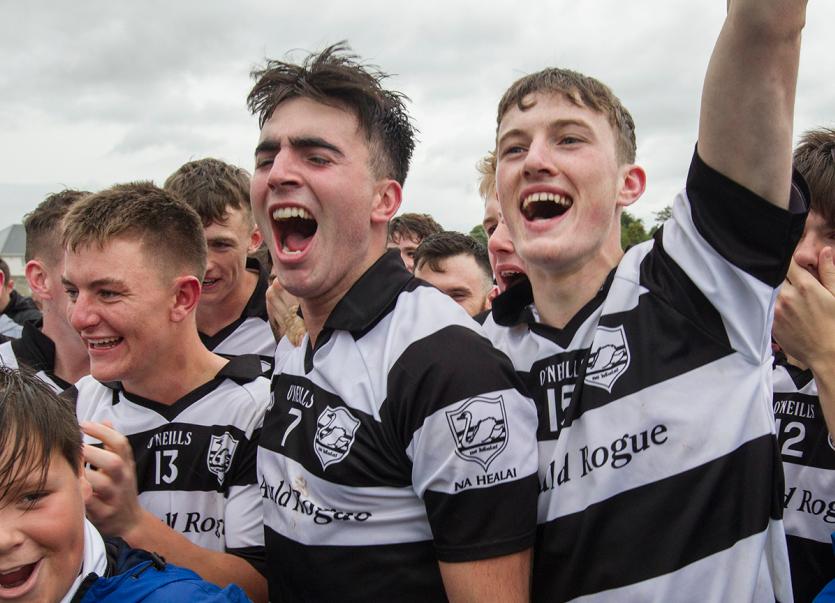 The divisional link to the county GAA championships must be maintained, as it gives true value to the divisional championships.
That’s the argument made by Sean O’Shea, secretary of the Carrick Swan club, in a letter to The Nationalist.
He has hit out at what he describes as “the incessant preoccupation to constantly change and tweak the club championship structures in order to meet Munster deadlines.”
And as a club secretary of many years, he believes he is sufficiently well versed to offer his opinion on why these changes, if implemented, “have the potential to decimate the value of the divisions in Tipperary and do untold damage as a result.”
He said they were still waiting to get clarification on what motion 13, recently passed at Congress, would mean for the clubs in real terms.
“We are very much at a crossroads now as to where the divisions will fit into the greater scheme of things, as the right to divisional self-governance is largely being eroded by the ‘product’ that the GAA has become.
“I know it’s always with a certain amount of nostalgia that one looks back on the way it was but I remember well, as far back as the 60s up to the present day, travelling to games in the south division and watching, even participating in some of those keenly-contested championship games in the past, and admiring the county stars of our division in action with great crowds of people present shouting on their teams; local rivalry at its best.
“The divisional games helped sustain the clubs and improve the coffers of the divisional board.
“It had been said that the GAA Centre in Clonmel was built in no small way with the help of the gate money from the Swan and Davins derbies back in the day, when over 8,000 people would regularly attend those games.
“The dream and aspiration would of course always be to contest a county final.
“But the real bread and butter was winning your divisional championship, and that remains the same today as it first was when the south division was formed back in 1907.
“The divisional championship is what gets the club supporters excited, it gives the players a real lift when successful and is just reward for the sacrifice and training they have done.
“Ask most clubs in Tipperary what a divisional title means to them and I guarantee it means everything.
“Only one club can win a county title but four clubs could win divisional titles.
“Maybe there are some clubs in Tipperary that currently are not overly pushed on winning their division. But they would do well to remember that these things move in cycles and the day will come when a divisional title will be very welcome to those clubs and that is a fact.
“To devalue the divisional championships would be a mistake of mammoth proportions and would be hugely detrimental to all the clubs who work tirelessly in promoting our games and encourage our youth to play Gaelic games.
“It is incumbent on the powers that-be to ensure that when divisional championships are played that they are not a watered -down version. Clubs should have the opportunity to field their strongest teams possible and this is where county management must lead.
“In south Tipperary the senior football championship has not been completed for the last number of years. This is a travesty for traditional football clubs who deserve much more; in future will the same fate be foisted upon the rest of our championships? If that is allowed to happen it will be the death knell for our games, in my opinion, at local level.
“From senior to intermediate to junior, clubs need to be mindful that any changes will and do affect them all.
“Tipperary is a large county and to travel from Carrick-on-Suir to Lorrha is a round trip of 160 miles. We need to be realistic and keep local rivalry alive with meaningful divisional championships.
“The founders of the GAA believed in traditional local rivalry based on local communities, but where do our local communities now fit into all this change? Are those very communities being isolated and left behind now?
“One of the primary aims of the GAA when founded was the preservation and promotion of our Gaelic games, and any dilution of divisional championship games goes against those ideals.
“Rural areas have suffered more than most with the closure of essential services such as post offices. Centralisation now seems to be the way things are going and that, alas, is also happening in the GAA when Congress can decide or try and decide what way rural divisions run their championships.
“This folly has to stop.
“In the end the clubs will ultimately decide what way our championships are run. But I sincerely hope that through rational dialogue involving all the stakeholders that a solution can be found that can marry our divisional championships to our ever- improving county club championships.
“If the provincial club championships have to be amended or make way for the divisions to survive that in my opinion is a price worth paying.
“Our games are nothing without our supporters and we need to be mindful of that fact. Let common sense prevail,” Sean O’Shea added.