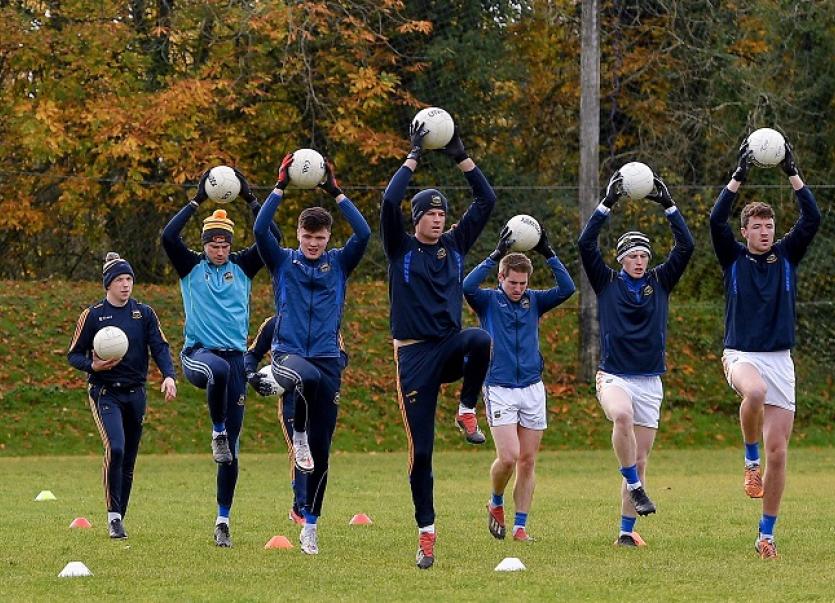 The County Tipperary GAA Board's CCC has issued regulations for the county hurling and football leagues 2021.

The regulations have been circulated to all the clubs of the county and include:

Games to be played on a home and away basis with the first team listed on the fixture having home venue.

Home team to be responsible for providing the venue, otherwise they must concede venue to opponents. If a venue becomes unavailable on the morning of the game, the game will be moved to the opposition team’s venue. Regulation number 3 will also be considered in a situation such as this.

At least 24 hours’ notice must be giving in the event of the home team being unable to provide a venue, or be unable to field.

Clubs to play without county players while they are on county duty for complete league up to and including the finals.

Two points for a win. One point for a draw. Two walkovers/award of game will mean expulsion from the league.

Playing the league will not alter a player’s championship status.

Clubs may use 7 substitutions during the course of the league. There may be only 5 times that a substitution is made. In other words, to use a full complement of seven, on two occasions, two substitutions have to be made at the one time.

Each club to provide a competent togged out linesman.

Home team to supply sliotars/footballs. Game will be awarded to the visiting team if this is not complied with.

No postponements will be entertained. Fixture dates will be set by the county C.C.C. If a club requires a change, they must consult with their opposition and the divisional board/s and decide on a re-fixture date. The fixture date must be within the parameters acceptable to the county C.C.C. which would normally be over the weekend the game is fixed, but will not go past the following Wednesday. Games in any round of the league may be brought forward by agreement of both clubs and the relevant divisional boards. If no agreement is reached, the fixture date set will stand.

In the event of a club having two teams, they must name their first 15 players which will constitute the first team. They must name 30 players if they skip two grades.

In the event of a clash of colours, the home team must wear their alternative colours.

In semi-finals the first team drawn in a game will have home venue. In the interest of health safety, the finals may also be held in a home venue of one of the teams. In this case the first team out of a draw will be the home team. County CCC will make the final call.

Knockout games in the league will be finish on the day

18) Where a club is unable to fulfil a fixture due to issues related to Covid 19, the game will be awarded to the opposing team (Walkover), but without any further penalty been imposed. The exception to this is:

Where there is a clear 13 days between the original fixture and the next scheduled round of the competition, and the game is played in this time frame.

19) The numbers attending games will depend on the numbers allowed by Government at a particular time. It is the responsibility of the home club to police this regulation.
The referee has full authority not to commence a game, or stop a game in progress, if spectators are present or come into the ground during the game. If such an event happens, the game will be awarded to the visiting team.

20) The clubs’ grounds cannot be used for training or any other event while the league game is going ahead. The ground must be clear of any previous game, training or event, 45 minutes before the throw in time for the game and must not be used until all players have exited after the game.
The referee has full authority not to commence the game if the above is not adhered to. In the event of this happening, the game will be awarded to the visiting team.

Football
1). Group 1. 2 Sections of 3 Teams and 1Sections of 4 Teams. The winner of each of the sections of 3 teams will play a semi-final with the winner playing the final. The winner of the section of 4 Teams will go straight into the final.
2). Group 2. Two sections of 3 Teams. Top team from each section will contest the final.
Round two of games in groups of three and four teams will have winners playing winners and losers playing losers.
If a game in the round is a draw, the first team on the list will be deemed to be the winner for the purposes of drawing the next round.
Groups of five teams will have rounds played as per the system draws.