Manager pleased to have avoided injuries against Waterford 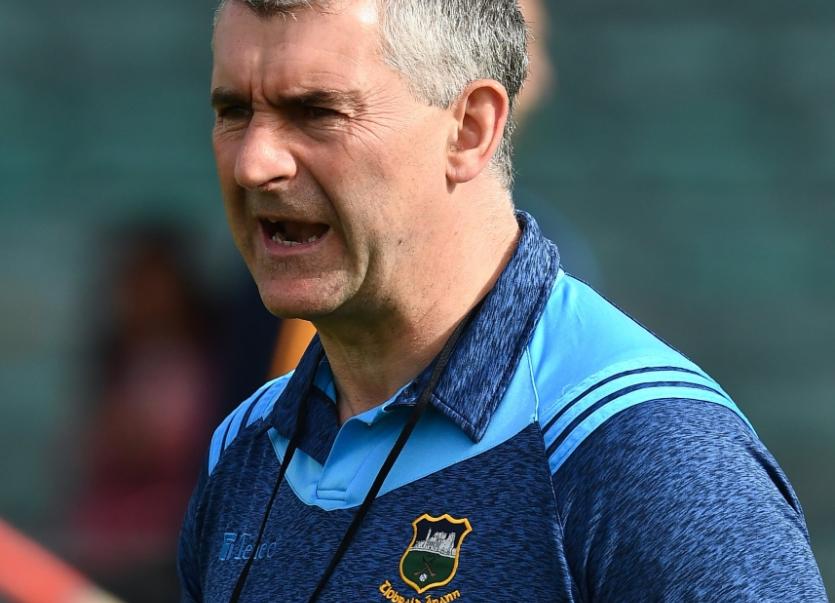 Admitting that his team weren’t at their freshest against Waterford on Sunday, Tipperary hurling manager Liam Sheedy said they would need to be “a whole lot fresher come the championship.”
Tipp will face either Waterford or Clare in the Munster semi-final on July 4, and in the aftermath of Sunday’s five-points defeat in Walsh Park the manager said “that’s something I have to take responsibility for. I’ve got to ensure I bring these boys fresh and ready to play in the championship irrespective of the opposition.
“This week was a training block. With the temperatures the way they were, you needed every ounce of energy.
“July 4 gives us three weeks to get ready and that’s something we’re really looking forward to.
“Losing that match, it’s our first defeat, it’s not catastrophic or anything like that. But it’s just the manner in which we were overrun in that second half, it wouldn’t be good enough.
“We were outplayed in that second half. They found all the spaces, we couldn’t really get quality ball inside. In fairness to the lads inside you have to get good ball in, if they get good ball in they’ll do damage.
“Waterford came back at us, they got the goals and we were only a point up at half-time. We needed a little bit more of a cushion.
“In the second half when they started to run at us they came in waves and we couldn’t really deal with it. They came off the shoulder, they worked ball out, they got good ball inside and we all know the quality of the player they have inside.
“If they get good ball in front of them then it’s very hard to defend.
“In fairness to the lads we showed good spirit again, we got it back to a point. I thought we might have had one or two more chances but the bulk of the chances were down the other end of the field, there was some heroic defending by us to keep it out at times.
“Overall it has been a good league. Today was our poorest  defensive performance, that’s something we’ve got to work on. We pride ourselves on how we defend and we didn’t defend well today. We were outclassed for that second period.
“But it’s only Seamie (Callanan’s) second match in, Brendan (Maher) is only back in as well, he came back in towards the end of the league. It was great to get Eoghan Connolly onto the pitch again today, I thought John McGrath showed some real flashes when he came on.”
“Waterford are a well drilled team, a very capable team with a lot of pace. They come at you and they run. The breaking ball around that half-back line in the second half, every time it broke it was a Waterford man picking it up and there were bodies coming off the shoulder, so today was a day where we did lose but we learned a lot.
“We really got exposed today.
“We got outplayed in the middle third for most of the match and that’s where they built their platform, and to be honest they could have had another goal or two, we were playing with fire a few times. Paudie (Maher) had his body in front of the ball a few times, he might have a few bruises!
“Waterford were full value for their five points victory, we were probably flattered to be as close to them in the finish. They completely outplayed us in the second half.”
Liam Sheedy also revealed that Niall O’Meara had his appendix removed last week and would be unavailable for the championship semi-final.
“He will probably be three or four weeks in recovery.” However he also said that avoiding injuries last Sunday “was one of the most important outcomes” from the game.
“Cathal (Barrett) got a bang on the thumb but it’s nothing.”