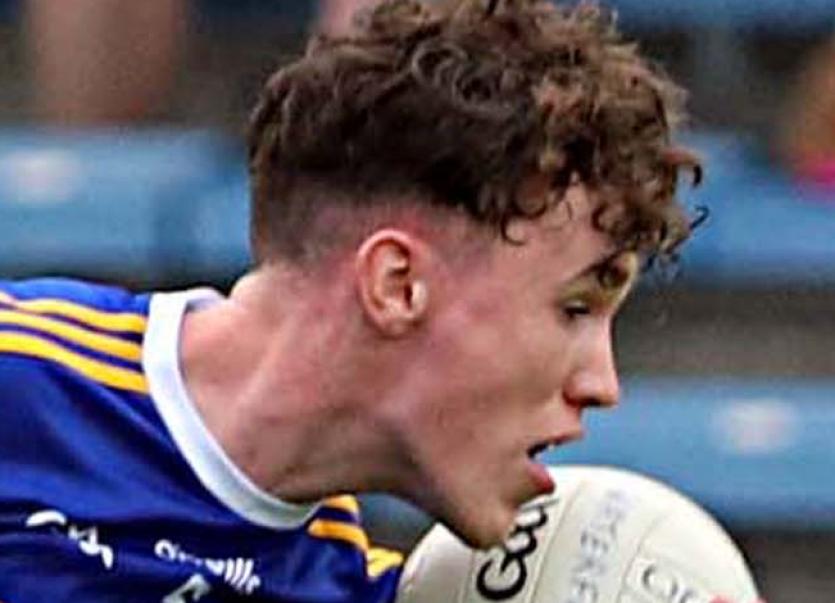 Gaelic football in Tipperary has received a badly-needed boost with the qualification of the U20 team for the Munster championship final against Cork at Semple Stadium this evening, Thursday (7.30).
In a year in which the senior team was relegated to division four and suffered an early championship exit at the hands of Kerry, the U20s have shown there’s life in Tipp football yet by reaching the county’s first provincial final at either the U21 or U20 grade in six years.
Champions in 2010 and 2015, manager Paddy Christie knows his team will have their work cut out to get the better of a Cork side that pipped Kerry by 3-12 to 3-11 in a thrilling contest at Páirc Uí Chaoimh last week.
However Tipp will be hoping to build on the confidence and momentum provided by their victories over Limerick and Waterford en route to the decider.
Tipperary launched their campaign with a three-points win over Limerick, although they were far more convincing than the 0-16 to 1-10 scoreline would suggest, with Limerick only scoring a late consolation goal four minutes into additional time.
Conor Cadell of JK Brackens was the star of that performance, superbly linking defence to attack.
Kilsheelan/Kilcash’s Barry Kehoe also made his mark with four points from play while Sean Daly (Grangemockler), Cahir’s Kevin Grogan, Clonmel Commercials’ Cathal Deeley and Emmet Butler of Kilsheelan/Kilcash also played prominent roles.
Others took up the mantle in the semi-final against Waterford, including Sean O’Connor of Commercials, who brought his experience with the senior squad to bear by scoring six points, a haul that included three frees.
Emmet Butler and Cathal Deeley again played leading roles while goalkeeper Callan Scully (Nenagh Eire Og), Sean Daly, Tadhg Condon (Commercials) and Conor Cadell also impressed.
Tipperary are given little chance of causing an upset in the final but the spirit shown by the team so far suggests they’re certainly willing to give it a real go.
If they’re to seriously rattle Cork then they’ll need to win more possession from both their own kickouts and the opposition’s, while the handling and passing errors that affected their semi-final performance will also need to be eliminated.
With home advantage for the third game in succession, the Tipp players are very familiar with the vast open prairies of Semple Stadium, another factor that they’re hoping to use in their favour, as they face a very tough challenge.
Deferred coverage of the game will be shown on TG4 at 9pm.