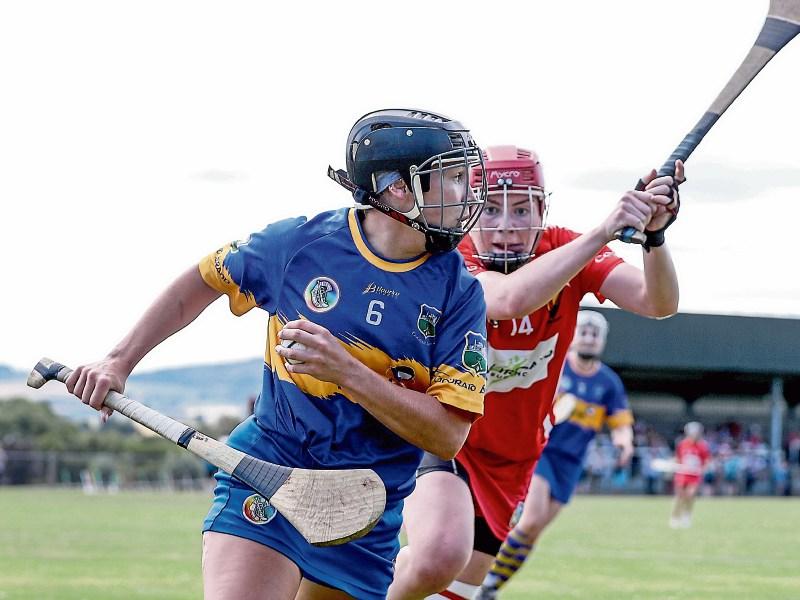 The girls defeated Wexford in Semple Stadium this afternoon

Two goals late on sealed Tipperary's place as group toppers in the All-Ireland camogie championship at Semple Stadium this afternoon, after the girls produced a very confident showing.

Clodagh McIntyre and Eimear McGrath struck late to copperfasten the victory, but the heavy lifting had been done earlier on as the Tipp girls worked up a six point lead as the interval approached - Cait Devane's early goal helping Tipp into stride.

However, Wexford bagged a penalty goal right on the stroke of half time and instead of having a six point advantage, Tipp's lead was halved. The score didn't affect the Premier rhythm though and in the second half the girls continued to press Wexford and to dictate the terms of the game with Cait Devane continuing to keep the scoreboard active, while Karen Kennedy, Roisin Howard, Mary Ryan and Clodagh McIntrye were also central to the victory.

The win means that Tipp qualify for the All-Ireland semi-final final as group leaders - a big advantage going into the game. Perhaps more crucially though, they secured another fine win and their confidence seems to be soaring as they continue to improve with every outing. And, the fact that the substitutions made such an impact will be very pleasing for Manager BIll Mullaney.