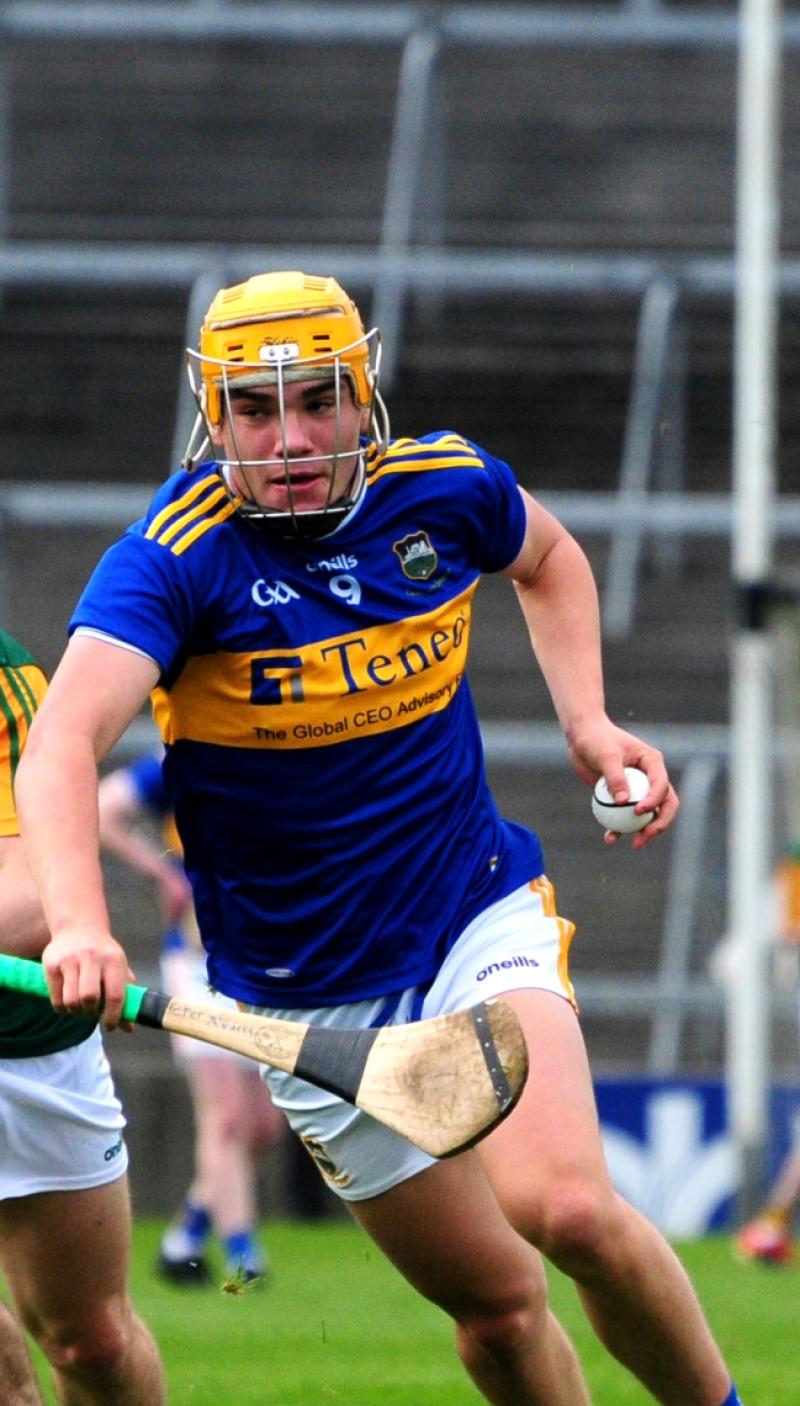 St Mary’s won the inaugural south Tipperary U-19 A hurling final played in perfect conditions in Fethard on Saturday morning, a goal in the final quarter proving vital as they beat familiar foes Carrick Swan in an entertaining match.

A goal in each half by Peter McGarry proved the difference for the Clonmel side, with the county player contributing a total of 2-7, 2-2 from play.

The large attendance present for the early morning throw-in was treated to a lively start, with the Carrick side getting the better of the early exchanges, racing into a 4 points to 2 lead after five minutes.

St Mary’s gradually found their feet and hit four unanswered points before a succession of Carrick Swan frees once again brought the teams level at 0-7 each.

At this stage, as it would be throughout the game, the free-taking prowess of Aidan Waters proved crucial for Carrick Swan, with Mary’s duo Dean Cagney and Peter McGarry also accurate when sharing responsibility for placed balls at the other end.

The key moment of the first half came with about 8 minutes to go until the break. Mary’s positioned Peter McGarry at full forward and minutes later a high ball towards the Mary’s number nine was controlled brilliantly and finished to the net, giving the Carrick 'keeper no chance, and pushing Mary’s five points ahead.

To their credit Swan responded well to this body blow, finishing the half with the last three scores, with Waters from a free and then Owen Harrigan and Dale Power pointing from play to leave two points between the teams at half-time.

The first quarter of the second half was played at frantic pace, the workrate of both sides increasing and forcing several errors in shooting. Cathal Deely was becoming increasingly prominent in the game for Mary’s, aided by the industrious Shane Ryan, with youngster Ruairi Leahy also contributing a fine point before a succession of Swan frees put the minimum between the teams as the second water break drew near.

With Mary’s holding a narrow advantage for much of this half, and leading by four following points from play by Deely and Anthony Keeley, the key score that finally put daylight between the sides came ten minutes from the end. A Marys’ sideline ball made its way through to Peter McGarry, who could have taken his point but elected to shoot for goal and the ball flew into the top corner of the net, having been half deflected on its way through.

This score stretched the Clonmel side's lead to seven, and although Carrick Swan tried valiantly to the end they were unable to threaten the Mary’s goal in any sustained way that could yield the green flag they needed to bring them back into the game.

For St Mary’s, it is a win that backs up their win at the corresponding U18 grade in 2020. As well as star man McGarry they were well served by Ross Slattery and James Morris in defence and captain Cathal Deely and Dean Cagney higher up the field.

Swan can be proud of the workrate and intensity they brought to this match. As well as the excellent Aidan Waters from play and placed balls, they were best served by Ben Mulcaire in defence and Owen Harrigan and Cory Ryan in attack.

The game against Ballinahinch Templederry was played at Borrisoleigh this afternoon