Clonmel team were in the driving seat at half-time 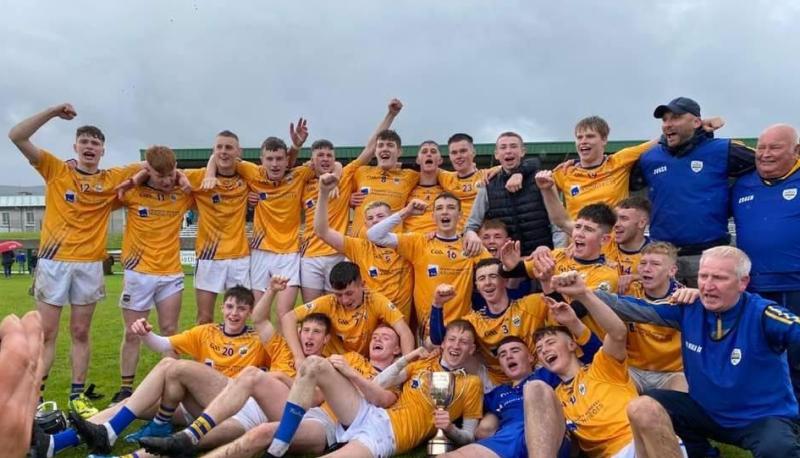 A rock-solid defensive performance provided the platform for a famous Clonmel Og victory over St Patrick’s in the South U17 B hurling championship final at a very well-attended Clonmel Sportsfield on Sunday afternoon.

The Drangan/Cloneen combination started the brighter but the teams were level at two points each at the first water break, thanks to points from Clonmel Og’s Niall O’Connor and Dylan Murphy.
The Clonmel team were also grateful to goalkeeper Rhys Lonergan, who made two brilliant saves when St Patrick’s were through on goal and seemed certain to score.
Upon the restart Clonmel Og started to find some rhythm and points from David Cagney and two accurate frees by Niall O’Connor without reply stretched their lead to three.
Things got even better for Clonmel Og when Diarmuid Ryan goaled right on the stroke of half-time to stretch their advantage to six points and at half-time they led by 1-5 to 0-2.
Niall O’Connor and Sean Cagney pointed in the opening minutes of the second half and in the 38th minute Clonmel Og goalie Rhys Lonergan made another great save to keep St Patrick’s at bay.
A point by Dylan Murphy in the 48th minute kept the gap at eight points at the final water break, and he followed this up with a brilliant finish to the top corner of the net when play restarted.
Clonmel Og’s Jayden Cagney was rewarded for his hard work with a fine score in the 55th minute, and Diarmuid Ryan put the icing on the cake for Clonmel Og with his second goal in the final minute.
This victory was built on a tremendous defensive effort by Clonmel Og throughout the game, and in a dominant display they kept St Patrick’s scoreless between the 6th and 45th minutes.
During this period, Rhys Lonergan made three crucial saves that prevented the momentum from swinging St Patrick’s way, and he was a worthy winner of the man of the match accolade.
There were many other standout performances for the winners and any of Niall O’Connor, TJ Slattery or David Cagney would also have been worthy recipients.
The Clonmel Og management team included Sean Quirke, Michael Condon, Tommy Murphy, Jock O’Connor and JP McGrath.

In the course of a disappointing display, many of the St Patrick’s players didn’t perform as well as they are capable of, and they were also without Conor Brett because of illness. However they are bound to have better days in the future.
Their season is not over yet, as they travel to Borrisoleigh for the county quarter-final against Borris-Ileigh on this Saturday.
The St Patrick’s selectors are Micheál Broderick, Paul O’Halloran, Michael Nash, Pauric O’Brien and Ciarán Mockler.