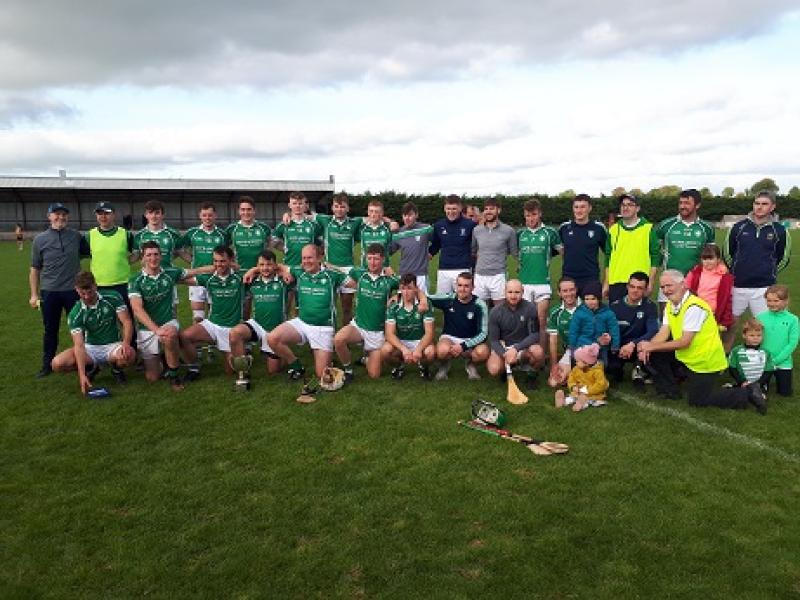 The victorious Holycross Ballycahill panel after their win over Upperchurch Drombane

They beat Upperchurch Drombane at The Ragg this afternoon

1-14 from centre forward Jack Dwan helped steer Holycross Ballycahill to victory as they retained the Thurles Credit Union Mid Tipperary Junior A hurling title at The Ragg this afternoon after a right battle with neighbours Upperchurch Drombane.

There was never much between them in terms of play, but the key to Holycross Ballycahill's victory was their ability to take chances - most especially of the green flag variety. They bagged three in the game and while Upperchurch Drombane had two, they also saw a number of gilt edge chances go abegging with Holycross Ballycahill keeper Ewan Bourke saving well a few times over the course of the hour. 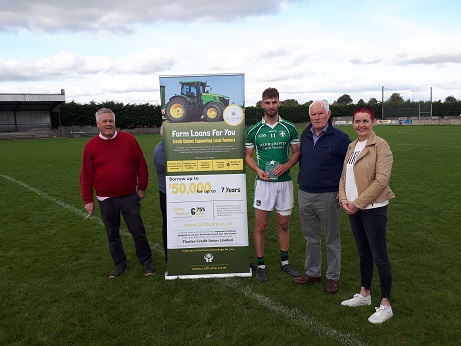 Jack Dwan, who hit 1-14 in the game for Holycross Ballycahill , accepts the Man of the Match Award

Upperchurch Drombane came storming back in the second half and cut the deficit to a goal with a flurry of points from TJ Butler, Pat and Own Shortt, and a TJ Butler goal from a free in the 14th minute.

But, Holycross Ballycahill came good after the second half water break and four unanswered points from Jack Dwan, Stephen Quinlain and Eanna Ryan regained the initiative for them, only to see Upperchurch Drombane respond with Pat Shortt (2), AJ Shanahan and Robert Murphy scores.

Again, Holycross Ballycahill went clear with Dwan and sub Ben Hennessy (2), but Upperchurch Drombane hit a late goal from Thomas Bourke to leave four in it. The score proved too little too late for The Church, especially when Luke Galvin bagged a last gasp green flag for the victors with the last puck of the game to confirm the Holycross Ballycahill win. 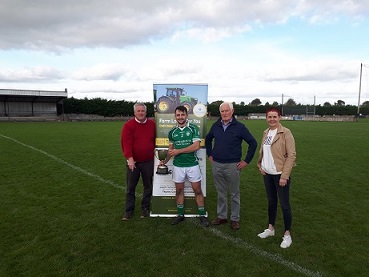