Billy O'Donoghue has been refereeing soccer matches for 34 years 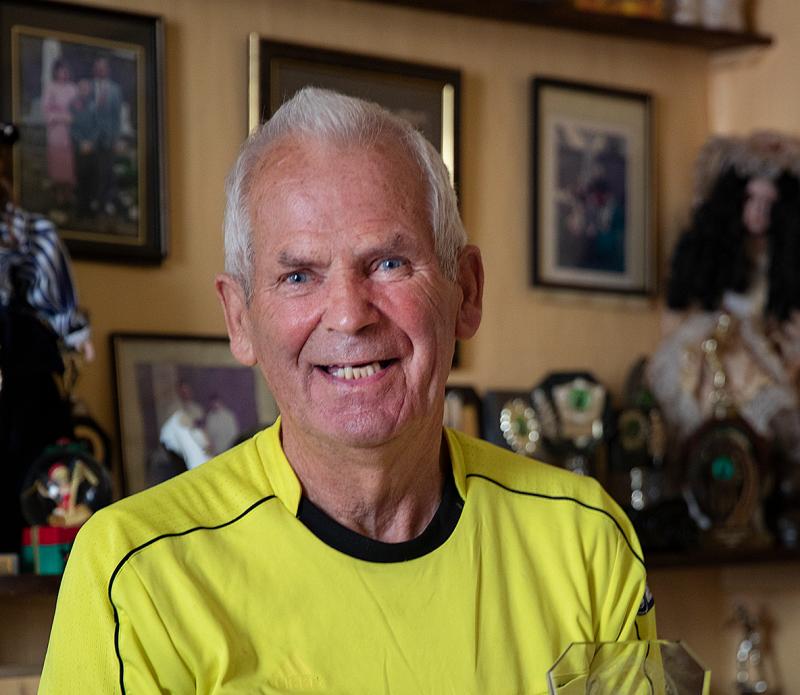 Has he thought about the time when he will finally have to hang up his whistle?
“When I feel that because of a lack of mobility or fitness, or that I’m not doing myself or the two teams justice, then I’ll step away. You have to be honest with yourself.
“But right now, I just love refereeing.”