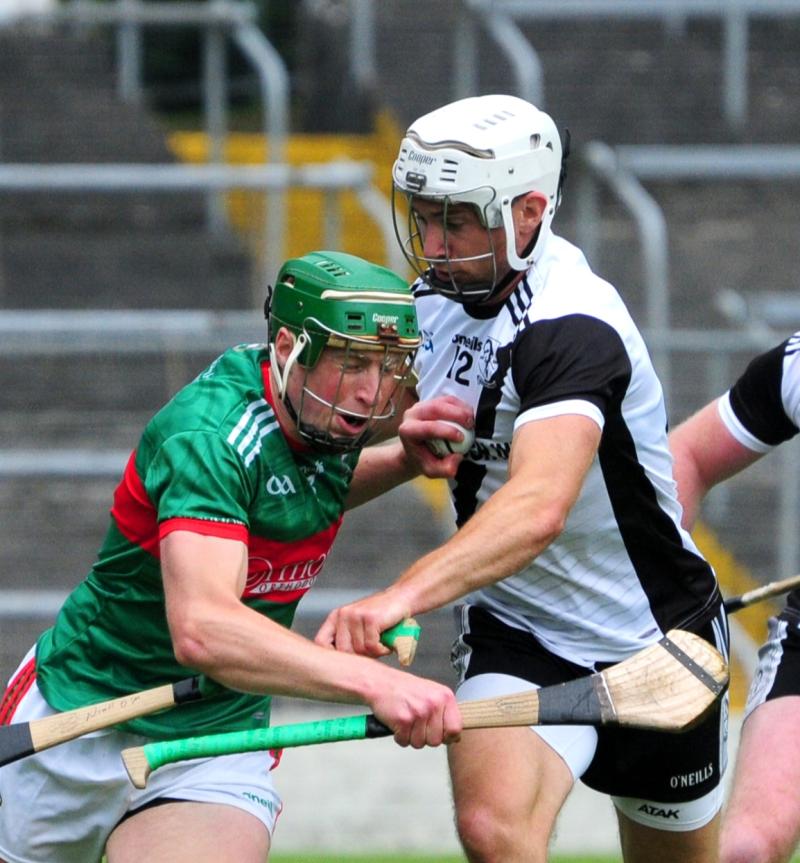 A remarkable four goals and six points from sharp shooter John McGrath helped Loughmore Castleiney into the semi-final of the FBD Insurance county senior hurling championship as they battled to stave off a stern test of their credentials by Kilruane MacDonagh.

Goals win games, and Loughmore Castleiney bagged four of them while Kilruane MacDonagh were unable to breach the opposition rearguard and came a cropper as a result.

Two goals in the first quarter gave Loughmore Castleiney the perfect start in this game - both of them coming from the stick of full forward John McGrath in the 4th and 13th minutes.

Kilruane MacDonagh had just recovered from the setback of the first McGrath goal and were back on terms thanks to points from Willie Cleary (4), when McGrath goalled again after Noel McGrath and Liam McGrath combined to set him up and help their side into a 2-4 to 0-8  water break lead.

And amazingly, John McGrath was to bag two more goals in the second quarter from penalties after Liam Treacy and Ed Connolly were fouled.

The curious thing was that Kilruane MacDonagh were more than matching their opponents, but giving away four goals in the half hour was a massive blow to them - Loughmore Castleiney led at the break by 4-9 to 0-11 - John McGrath bagging a personal tally of 4-5.

By the second half water break Kilruane MacDonagh had made in-roads into the lead and had managed six points to Loughmore Castleiney's two points, which came from Ciaran Connolly and Ed Connolly. Thomas Cleary, Conor Cleary, Craig Morgan and Willie Cleary (3) had the Kilruane MacDonagh scores, but they probably needed a goal if they were to really get back into the game and cause panic to the mid men, the score being 4-11 to 0-17 at this juncture.

Loughmore Castleiney needed scores to stem the Kilruane MacDonagh tide and they got them in the form of Liam Treacy and Noel McGrath points. But, Kilruane came at them again and Willie Cleary (2), Niall O'Meara and Craig Morgan were on target, but they just could not create the goal they needed to really trouble the eventual victors who finished the game with JOhn McGrath and Noel McGrath points to secure the win and their place in the county semi-final.