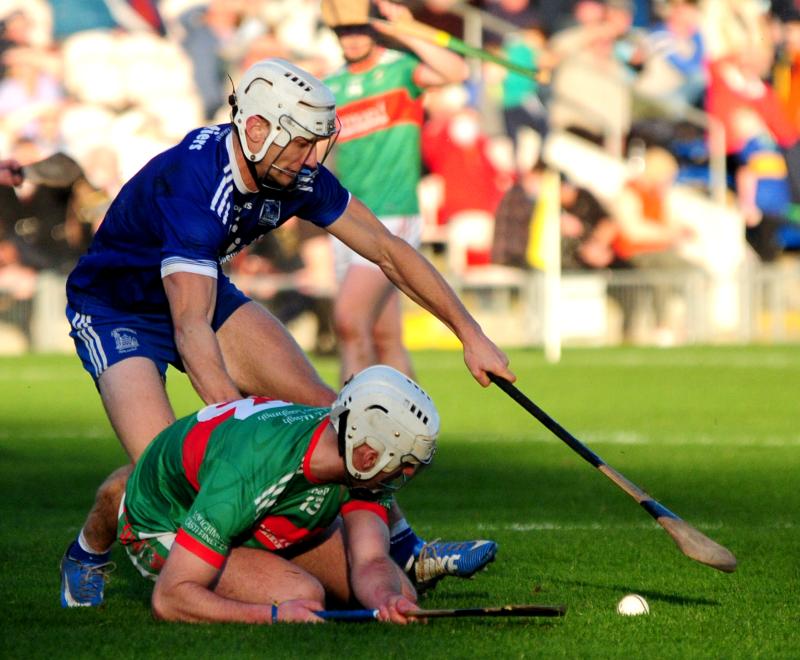 It wasn't the best of games, but to be honest, it wasn't half bad either.

The 2021 county senior hurling final - mark 1- will go down as a very exciting contestwith a grandstand finish and some fine individual performances. But, it wasn't a classic; there were a lot of mistakes made on both sides; and chances went abegging at the two ends of the field.

But, these are also the elements which help to make it all so entertaining for spectators, and it certainly was that.
For a while there it seemed as though a bit of a drubbing could be on the cards as Sarsfields raced into en eight point lead by the first half water break. From their perspective it was just as well they had that sizeable cushion, because they failed to win any of the remaining three quarters thereafter.

Loughmore Castleiney, as they did in the semi-final against Borris-Ileigh, slowly cranked the machine into motion and by the last quarter they were the ones dictating the pace and Sarsfields were leftchasing the game.

It was an intriguing battle and one which had the very sizeable audience captivated and on the edge of their seats. How great was it to hear the stands throbbing again to the sound of partisan supporters? And, how interesting to see half Ardán Úi Riain defecting to Árdán Úi Chuinneain at the break between the two games - they obviously had enough of staring into the bright sunshine and sought the shadows of the Old Stand instead.

Those who predicted that this clash would be an entirely different type of game in comparison to the mid final, were correct. Not only had Loughmore Castleiney improved in each line of the field, they had also added Ciaran Connolly and Liam McGrath to the set-up since, and what a contribution they made. 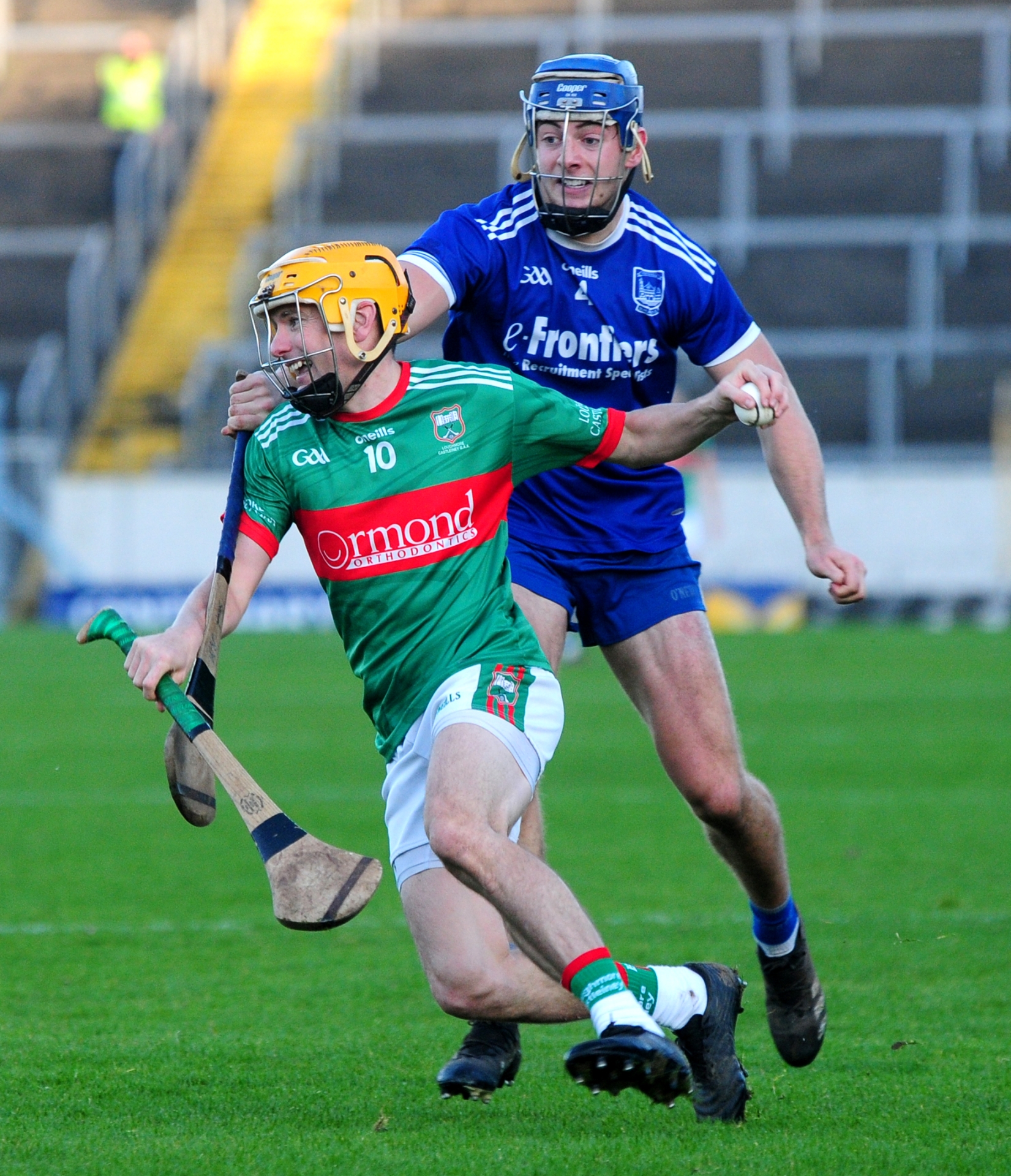 Connolly has been instrumental in the Loughmore Castleiney push for the final - a Man of the Match performance from him surely, Sarsfields found it so hard to cope with his hard running and his energy. That's definitely one area they will be earmarking for the replay.

You have to hand it to Loughmore Castleiney, they caused Sarsfields a lot of problems with their placings - Michael Cahill elected to retreat to the half back line to mark John McGrath. John made much inroads, but Cahill's influence at midfield was gone, perhaps allowing Connolly to benefit somewhat.

Then, there was the Noel McGrath issue. He moved here and there, drawing attention everywhere he went and not only did he contribute three points, he was also fouled for a number of his brothers scores.

But, it was the half back platform which really proved to be Loughmore Castleiney's strength. Brian McGrath, returned from that broken thumb - well, it's only a small bit broken now!! - and hurled up a storm -what a clubman. John Meagherat centre back - a real rock for them; and Tomas McGrath on the other wing, as tigerish as ever. 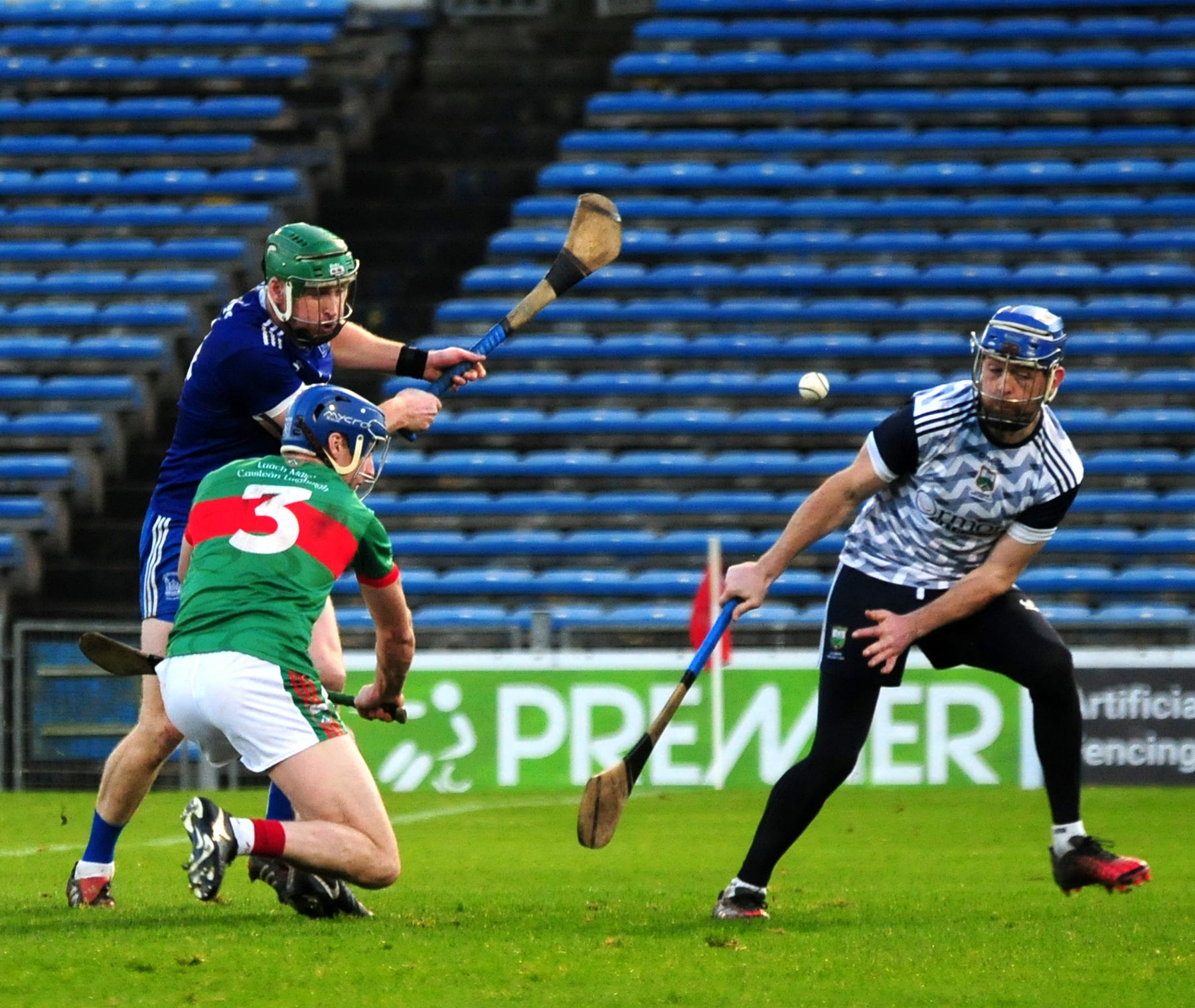 Sarsfields could not win a puckout when it was delivered long - and when it went short, some of the receivers were uncharacteristically jittery. So, will the Blues alter their approach for the replay?

Well, they will point to the fact that they had a half dozen or so debut county finalists in their starting line-up and there was bound to be a sense of newness about it all -that won't be givena second thought for the replay though. No, they will be expecting to get more from many more of their players. Veteran Pa Bourke was the pick of the attackers with five superb scores from play. Conor Stakelum got through a huge amount of work; Padraic and Ronan Maher were not as dominant as usual; Denis Maher bagged 2-1 but found the going tough when it came to winning primary possession.

Sarsfields will not be happy about their lack of clinical play. The conditions were ideal and the ball was flying - but handling errors and mis-placed passes were abundant. Now, credit must go to Loughmore Castleiney also for their role in these errors - they constantly swarmed the Thurles lads, forced turnovers and errors and then created the platform for their own forward movement.

Having this game televised proved a good advertisment for Tipperary fare. It was tense; it was tough; it was exciting; and it was played in the most sporting of manners - a wonderful spectacle all told. But, had the play been a little better, it could have delved into the realms of being a classic -well, why shouldn't we want it all and more besides??

So, they'll go at it again and how fortunate for us all. It was certainly fortunate for Sarsfields who will feel that they have now played their get-out-of-jail card - had that last last play sideline been awarded, Noel McGrath would have been odds on to steal the Dan Breen Cup. And, given what happened to them last year in the dying embers of the final against Kiladangan, few would have begrudged the title to Loughmore Castleiney.

But, it's still there for the taking and Sarsfields will be a different proposition in the replay.

Referee Conor Doyle had a fine game in his maiden final.