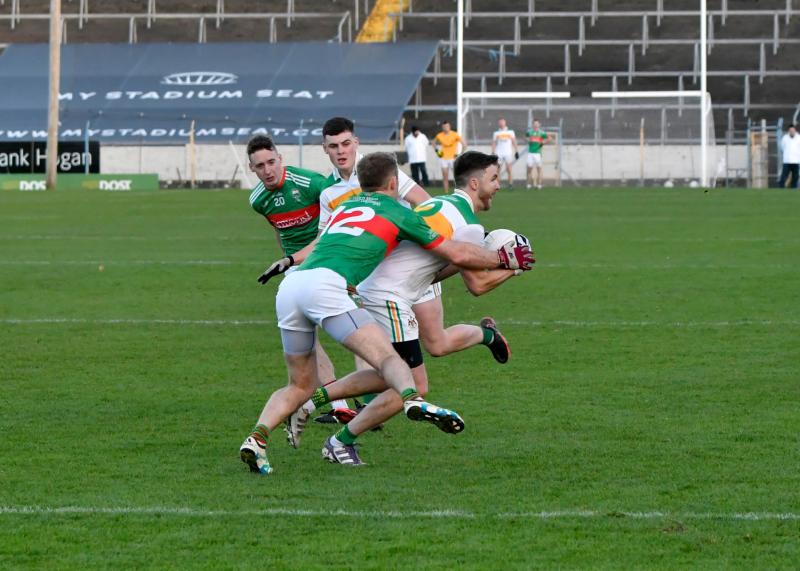 Clonmel Commercials selector Martin Quinlivan has expressed his disappointment following the team’s one-point defeat by Loughmore Castleiney in the county senior football championship final, which ended their hopes of winning their third title in as many years for the first time since 1967.
“We’re obviously very disappointed,” he stated after Sunday’s gripping contest at Semple Stadium.
“The three-in-a-row was a cherished ambition of ours. It wasn’t to be.
“Probably up to the goal (scored by Loughmore’s John McGrath in additional time) I thought we were maybe going to see it out.
“We always looked like we were able to get score for score but their goal was a massive score, and suddenly you’re in injury time and you’re behind, the game’s over.
“We started like a house on fire. Probably the only flowing football we played was in the first six or seven minutes.
“The rest of it was a bit of an arm wrestle and we kept mishandling the ball; I wouldn’t say they were unforced errors because Loughmore forced you into them; and making the wrong passes, we didn’t get enough ball into the players who were causing them a lot of problems.”
Reflecting on two crucial incidents that occurred in the 51st minute, a missed goal chance for his team that was quickly followed by a black card for Seamus Kennedy, he said “in fairness to Ross (Peters) the ‘keeper (Shane Hennessy) saved it but he really should have scored from there.
“The incident that led to Seamus’ black card I didn’t actually see, the lads were saying they thought it was maybe harsh enough, both players kind of fell to the ground together.
“He (referee Derek O’Mahoney) picked Seamus out for pulling the other player down. But look, that’s the way he saw it, that’s the way he acted on it.”
When it was suggested to him that there seemed to have been other fouls like that throughout the game that weren’t similarly punished, Martin said “obviously the referee made some decisions we probably wouldn’t agree with, to put it mildly, but that’s just the cut and thrust of it.
“In the last seven years we’ve only lost three county championship matches, and I suppose along the way we probably won games where we probably got the rub of the green and the bounce of the ball, it balances out.
“We’re hugely disappointed for everybody, disappointed for the players because they really did put in a huge effort this year.
“But fair play to Loughmore, incredible, when the final whistle went they were the point ahead however they got there.
“Nobody begrudges them winning because we only beat them by a point last year (in the final), we beat them in extra-time the year before in the semi-final, so I suppose they were due one, credit to them,” he added.