Clonmel Commercials beaten by a point in county U19 A final 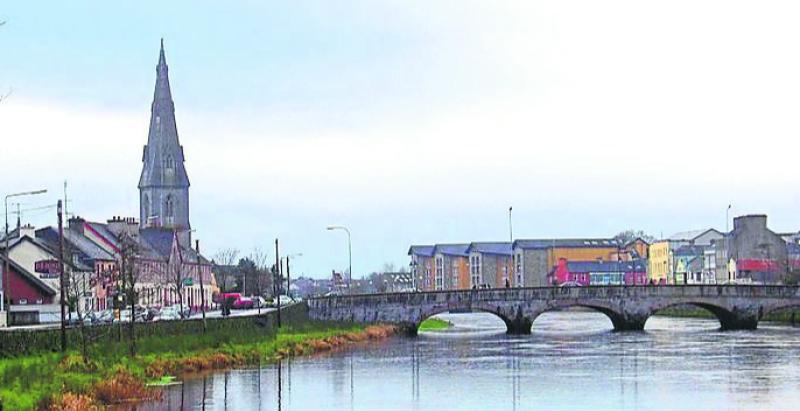 What a week of contrasting fortunes it has been for Ballina and Clonmel Commercials.
Ballina won their second FBD Insurance county football championship in the space of a week when they lifted the county U19 A title this afternoon, to add to the county junior A championship they won last Saturday.
But the team they beat at The Ragg today, Clonmel Commercials, have endured a  miserable week, losing their second county final in six days, having surrendered their senior title to Loughmore Castleiney last Sunday.
This result may have been a surprise but it was certainly no fluke. Ballina's big, strong team were good value for their victory, albeit by the most slender of margins in a low-scoring and error-ridden but always competitive contest.

An incident-packed day at the mid Tipperary venue saw play halted for more than a half an hour ten minutes from the end of normal time when a spectator was taken ill, with Ballina leading by 0-6 to 0-5.
Thankfully, to the relief of all present, the man was sitting upright and conscious when he was eventually helped into a car and driven to hospital.
When play restarted after the medical emergency, another major talking point was waiting around the corner. With six minutes remaining Commercials' Cathal Deely had a shot that dropped short into the Ballina goalkeeper's grasp. However Adam Fogarty let the ball slip behind him before turning around, retrieving it and clearing the danger.
Play continued without a goal being awarded by referee Seanie Peters, although many in the Commercials camp were adamant the ball had crossed the line.
The Clonmel team were back on terms a minute later when Peter McGarry collected Eoin McCarthy's peach of a pass and raced clear to score. Having been on the back foot for much of the second half, Commercials had regained the initiative but they weren't making the most of their chances.
Similar squandermania blighted Ballina's performance, although they roused themselves for one final push that sealed the win.
Jack Grace was off-target from a free in the last minute of normal time but Grace, one of his side's leading performers, won it in the first minute of additional time when he accepted Charlie King's pass before scoring his only point from play, having converted four frees.
In an exciting finale Commercials had a last opportunity to rescue a draw and force extra-time with more than three minutes of additional time played, when captain Tadhg Condon was fouled. However Peter McGarry's free from a difficult angle drifted across the face of the goal, and with Commercials unable to produce an equaliser the final whistle soon sounded.
Before last weekend, the north of the county may not have been regarded as one of Tipperary football's strongholds, but those two county titles claimed by Ballina have made people sit up and take notice.
The club's U19 players are no slouches. Captain Matthew Power, a grandson of the late, famous Waterford hurling goalkeeper Ned Power, combined with Sam Loughran to offer them plenty of inspiration from midfield.
Jack Grace was the star man in attack while others to make their presence felt included David Grace, Charlie King, Cathal O'Donnell, Mark Lyons and David Coughlan, as well as goalie Adam Fogarty.
Understandably, the Commercials players were bitterly disappointed at the finish, but many of them will go on to have good careers in those famous green and gold shirts in the future.
Players with senior experience, including Cathal Deely and Peter McGarry, carried the fight to Ballina all afternoon. Midfielders Eoin McCarthy and James Morris got through a huge amount of work while Declan Nee, Oisin Power, substitute Kian O'Reilly, goalkeeper Shane Ryan and Tadhg Condon also stood out.
On a cold but sunny afternoon, Ballina took the lead through Charlie King after just 40 seconds. Commercials were level by the sixth minute when Peter McGarry collected Cathal Deely's free and turned to score.
The first quarter was all about missed chances, a theme that was to dominate this final, with Ballina shooting eight wides and Commercials six, with other opportunities going abegging at both ends.
Ballina's Rory O'Dowd had a glimpse of goal but his weak shot was easily gathered by Commercials netminder Shane Ryan, and Ryan was called into action again to save from the same player in the tenth minute.
Commercials saw a few shots drop short of their intended target before James Morris gave them the lead in the 14th minute, leaving it 0-2 to 0-1 at the first water break.
They swelled their advantage when Conor Parker scored from a free when Declan Nee was fouled, and they might have gone further ahead when Peter McGarry's low shot was well saved by Adam Fogarty.
If anything, though, Commercials were guilty of overplaying the ball, and were frustrated by their opponents' tactic of getting plenty of bodies behind the ball whenever the Clonmel side attacked.
Ballina, however, always looked dangerous when they broke at speed, and Cathal O'Donnell blazed a shot wide with the goal at his mercy and only the 'keeper to beat in the 24th minute.
Sam Loughran kicked Ballina's second point and although Jack Grace was denied by a good save by Commercials' Shane Ryan, Grace scored from a free when Ryan was judged to have fouled the ball in the follow-up action.
Another Grace free meant that Ballina led at half-time by 0-4 to 0-3.
It was all Ballina in the first ten minutes of the second half. They again went close to raising a green flag when David Grace's shot came crashing off the crossbar in the seventh minute, although they had the consolation of another score from a Jack Grace free a minute later.
Commercials substitute Kian O'Reilly was barely on the pitch a minute when he scored in the 40th minute, and it was all square again two minutes later when Rory O'Dowd supplied the assist for Conor Parker's point.
Commercials had come more into the picture but they were a point behind at the second water break, 0-6 to 0-5, after Jack Grace had converted another free.
Then came the lengthy stoppage, shortly after play had resumed following the water break, with a closely-fought contest taking a few more twists and turns before the finish.
Ballina: Adam Fogarty, David Coughlan, Kian Donnelly, Mark Lyons, Daniel Tighe, Jack Collins, Cian Molloy, Matthew Power (captain), Sam Loughran (0-1), Charlie King (0-1), Josh Egan, Dara King, Cathal O'Donnell, Jack Grace (0-5, 4 frees), David Grace.