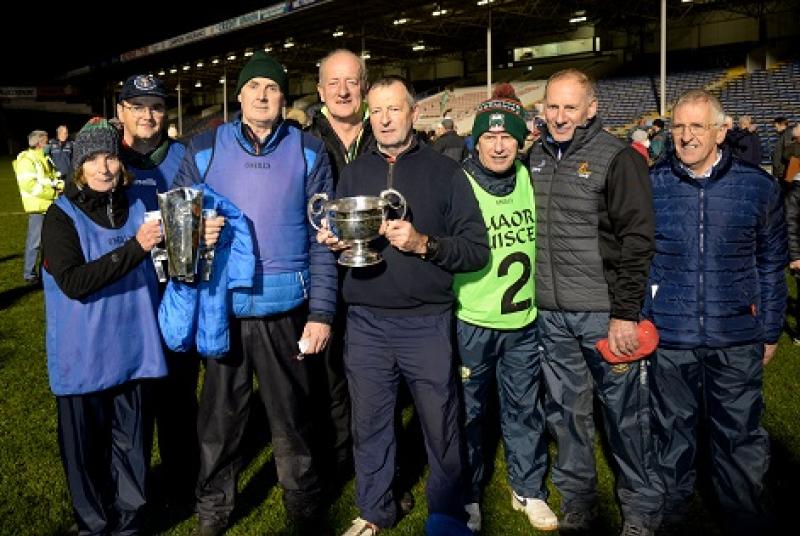 The Laois man spoke after the big game on Sunday

Michael Dempsey has seen a fair bit of hurling in his time with Kilkenny under the great Brian Cody.

And, he is adamant that he has learned a hell of a lot in his appreticeship to one of the great managers of the modern game - Loughmore Castleiney Boss, Frankie McGrath. Well, Cody never did deliver a hurling and football double, now did he???

Michael was savouring the atmosphere in Semple Stadium as he watched Loughmore Castleiney folk en-fete and he was thrilled for the players and backroom team that they achieved what seemed like the impossible dream.

“It was super win, a close contest and a great second half of hurling. They are a great bunch to do what they did after winning the football last weekend and not getting in much preparation for the hurling. To go out and win the game is incredible and is a serious tribute to the club, the management and the players.

“They have always had a culture of effort but I think sometime people focus on the character and atttude they have, but they also have skill. You won't win these sort of games unless you have the skill and they have an exceptional captain in Noel McGrath, and have leaders all over the pitch,” Michael told the Tipperary Star after the game.

As an external member of the backroom team, Michael is in the perfect position to assess what it is that this bunch of players have that make them so resilient and determined to go out every day and achieve the maximum. Their unique heroics in both codes has been the stuff of legend and when the opportunity arose for Michael to come to the famed parish of Loughmore Castleiney, he jumped at the chance.

“There was a vacancy to be an apprentice to Frankie McGrath and I happened to have been free at the time and I was lucky enough to get the position.

“I have learned a lot from Frankie and the management and players, and it was a privilege for me to witness first hand what they do and how they do it. They are a unique bunch, there is no doubt about that. They drive each other on all the time and they are a very close bunch as well.

“They pride themselves on turning up and giving of their best each and every day and you know thankfully today, their best was good enough for them to get there against a very good Sarsfields team which pushed them right down to the very last puck of the ball. There is nothing between the teams and Loughmore Castleiney just came out on top by the bare miniumum. It is a magnificent achievement,” Michael said.

The Laois natives 'apprenticeship' continues next weekend in Ennis when Loughmore Castleiney swop the ash for the pigskin as they tackle the Clare champions in the Munster club football championship - a code Michael is very familiar with also, though not so much in Kilkenny, as in Laois.