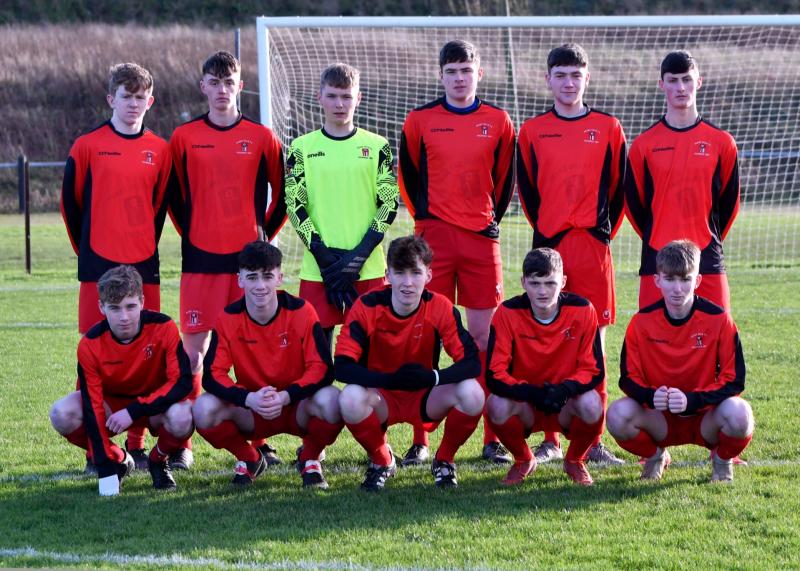 Peake Villa’s youths made the trip to Clonmel for the first game of the New Year in the Munster Youths Cup, and bagged a very impressive victory to continue their pursuit of honours this year.
The Thurles side started sharply and took the lead in the second minute when Robbie Stapleton won the ball outside the box and got through to dink the ball over the oncoming ‘keeper and put his side in front.
Rattled by this, the home side rallied and came close to levelling the game shortly after on two occasions but David Purcell in the Villa goal was equal to both attempts.
In the 12th minute the visitors’ Aidan Butler came close when he rose highest from a Niall Dunne corner but his header just went wide of the post. Dunne’s corners were a constant threat and on 17 minutes he found the head of Donnacha Troy, who made no mistake from close range to make it 2-0.
Both sides had half- chances before the break but it was the visitors who went in ahead at half-time.
The second half saw the home side come out with intent, creating some chances early on, but they could not break down a good Villa defence, with Evan Kiely coming closest, only to see his shot go wide of the post.

With Town pushing on, it gave Villa a chance to break and Robbie Stapleton came close on a couple of occasions but the home ‘keeper Adam Brannigan was having a fine game. He could do nothing however about Villa’s third, a fine strike to the bottom corner from Danny Moore, which went in off the post to make it 3-0.
The Thurles side scored again late on when Conor Wall got on the end of a corner to make the final score 4-0 to advance to the fourth round. 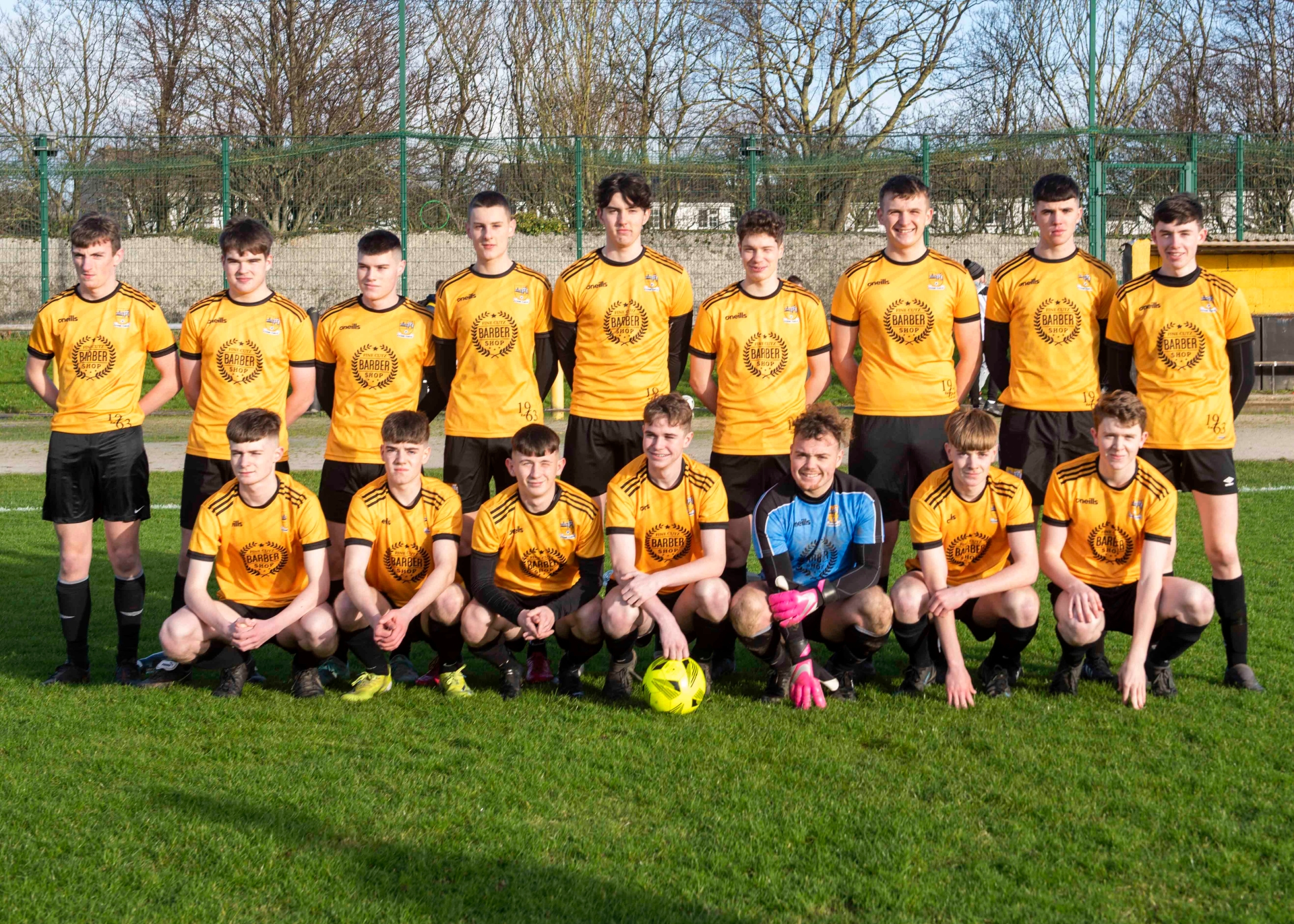 The Clonmel Town Youths side who played Peake Villa in the Munster Youths Cup at Clonmel on Saturday last. Pic: Michael Boland.