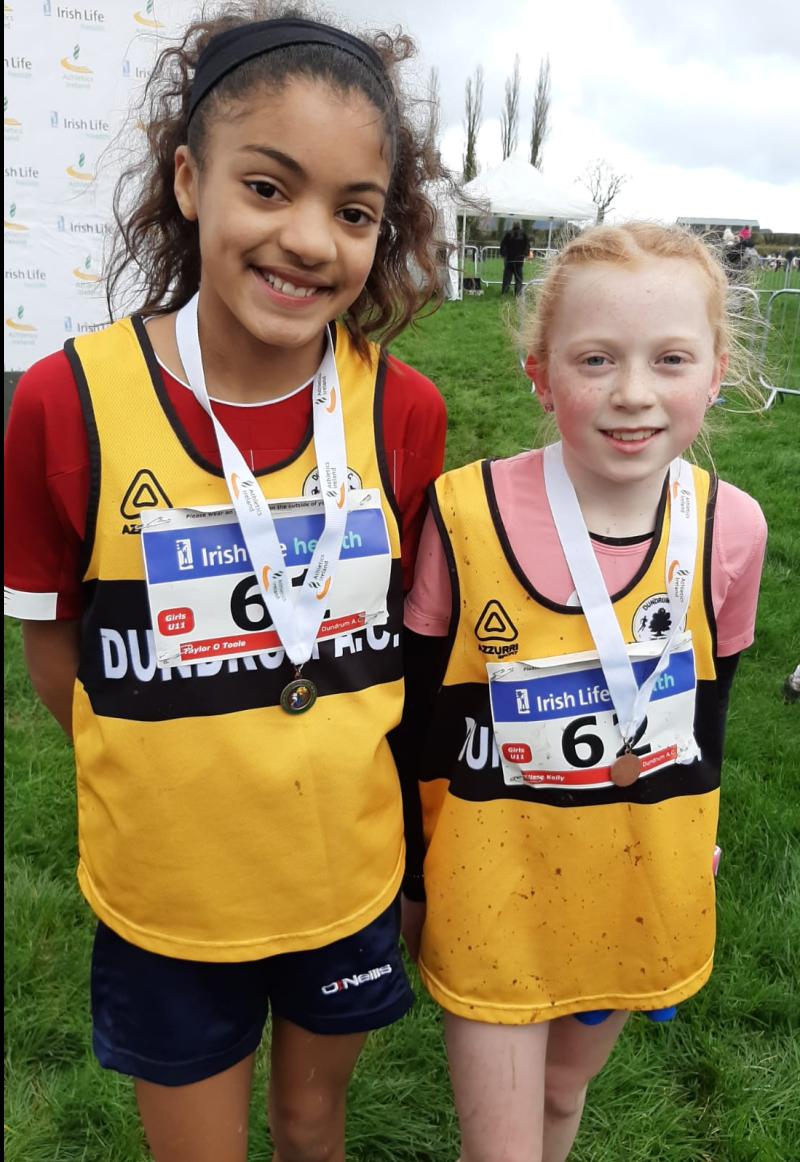 NATIONAL INTERMEDIATE AND MASTERS CROSS COUNTRY CHAMPIONSHIP
The National Intermediate and Masters Cross Country Championships were held on Sunday in Castlelyons, Co Cork.
First home for the club in a fantastic place of 8th was Dymphna Ryan 14:45. Dymphna had a superb race to win bronze O40. Next we had 43rd Karen Coughlan 16:46, 56th Tish Ryan 17:15 and 85th Mairead Julian 18:14. The club team placed 7th. Dymphna, Karen and Tish were on the county team that placed fourth, along with Siobhan O’Doherty.
In the men’s race over 7km we had 78th Martin Keane 26:01 and 172nd Michael Moore 30:12.