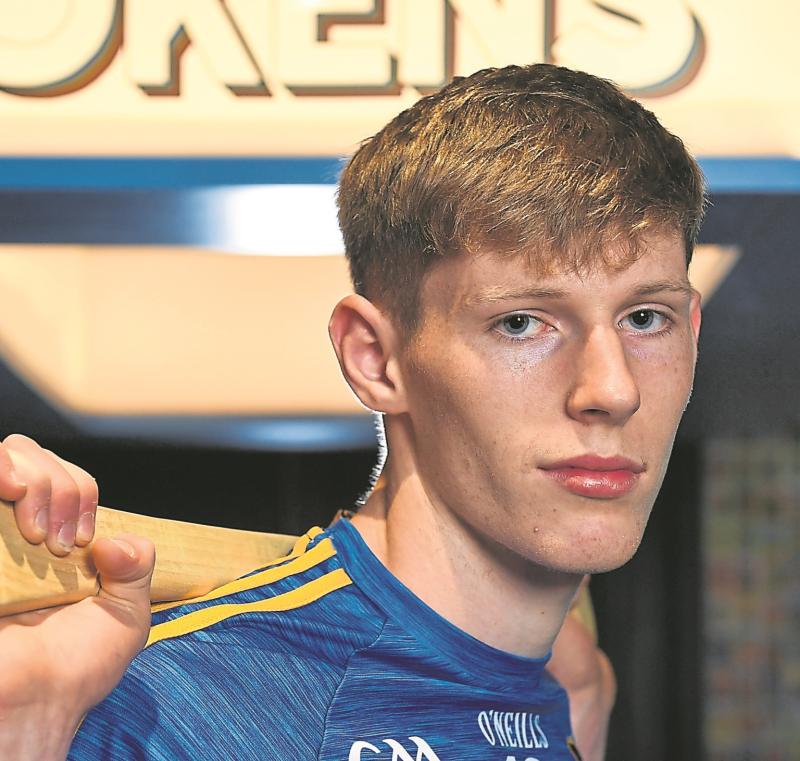 Killenaule’s Paudie Feehan was immense for Tipperary in their win over Sligo on Saturday night but a shoulder injury will rule him out now for a while much to the disappointment of his manager.

Tipperary manager David Power who always wears his heart on his sleeve was delighted with the performance of his team when recording their first win of this year’s campaign against Sligo on Saturday evening in Thurles.

Asked about the improvement since the Leitrim game, he was emphatic that this was their best showing in a long time.

“It has been coming. I know people didn’t believe me. This is our best performance since the Munster final (Tipp v Cork in 2020) - last year was a disaster. But the big thing for us is that we can’t get carried away. We need to belt on for next Sunday (against Wexford),” began the Tipp manager.

He was in no doubt his charges were deserving winners and indeed felt they should have pressed home their superiority even more.

“We probably should have won that by 10 points and I am not exaggerating. We were that much better than Sligo, but that only happens by winning games. Hopefully this win now will drive us on. It was a massive win,” added the Kilsheelan Kilcash clubman.

“I am very very proud of the lads,” he said “and we played some serious football. We made mistakes as well, but we have something to build on,” backing up the point he had been making prior to this encounter that a win was vital to instil confidence in the side.

Mullinahone’s Mikey O’Shea came in for special mention, as did the magnificent captain that is long-serving Conor Sweeney.

“You take Mikey O’Shea. I thought he had an unbelievable first half. This is a guy that hasn’t played underage football for Tipp. he is only going to grow and get better. And you have Conor Sweeney who picked up a serious injury on Tuesday night, a gashed shin, and he needed 6-7 stitches in it but he made himself available. That’s the leadership that we needed because we are going through a transition and we are not going to get carried away after tonight. Hopefully this is our first block and we can build from this,” added Power.

Another youngster, making his first National League appearance was Cathal Deely and the Clonmel Commercials player made an impact as a second half sub.

“Cathal Deely likes this stadium,” smiled the Tipperary manager. “Even Commercials brought him on in the county final and he scored a point just after half-time and he had a serious under 20 campaign here as well. There are going to be more and more young lads over the next 12 months that we have to start introducing. You can’t beat pace," he added.

Michael O’Reilly was another mentioned post-match by the manager for his important second half save.

No doubt the five substitutes introduced in the second half all contributed and David Power was pleased.

“We got the changes right. We were lagging around the 50 minute mark and we needed fresh legs. To be fair the lads stepped up,” he added.

There was one downer on the night with a shoulder injury suffered by Paudie Feehan in the second half when stretching low to get a pass away. He had kicked two superb first half points from midfield with the other midfielder Mark Russell also pointing. Indeed eight Tipperary scorers added to the tally over the 70 minutes.

“The disappointment is that Paudie Feehan is after getting that shoulder injury again and he’s going to be out for a while. I thought he had a magnificent game but you are going to have to take these blows,” the Tipp manager acknowledged.

Three points from three games is Tipp’s tally for now with two big away games to come over the next fortnight and that isn’t lost in the euphoria of a relieving victory over Sligo.

“There is no point winning tonight and then going down to Wexford and not playing well. We have to get another result against Wexford. And there is no point talking about getting promoted either. We have to start getting the points together before we can talk about that,” sensibly added the Tipp boss.

But this win for now has obviously lifted the pressure that he was feeling for himself and for his team, more so.

“I felt pressure. It was more of an internal pressure because I am a winner and I hate losing. It’s been a tough 12 months. People don’t realise that. You’d be doubting yourself, doubting your abilities. Tonight I saw a team that was playing for the management team. I saw us play good football again and hopefully we can build on it,” he said.

Almost every aspect of the performance was enhanced after the disappointment of the Leitrim game and it was back to basics to get it sorted, and it worked.

“We focused on our tackle count over the last two to three weeks. It was horrendous against Leitrim and way better tonight. Our silly turnovers? The turnovers on Tipp (which were in the single figures over the duration of the game) were in the Sligo half (of the field) and not our own. And we should have scored more tonight. For the last 12-16 months we haven’t been creating chances and now we need to convert them and that will come,” added the Tipp manager.

Before concluding he added: “The last 12 months, our performances haven’t been good so hopefully people saw the future and what’s to come. I'm a huge Tipp football man and we have to make sure we have a workable squad for the next 10 years.”