There were also great performances from club's ladies 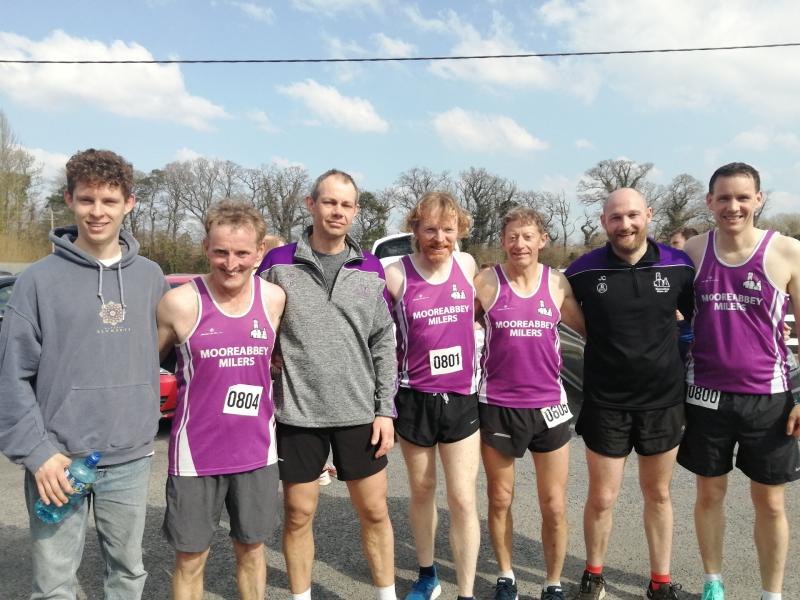 A five kilometres loop for the ladies and a double loop accumulating to ten kilometres for the gents greeted the Mooreabbey Milers AC crew of 14 athletes.

The men's A team of Ben Coughlan, Thomas Mulcahy, Willie O'Donoghue and Damien Holian took the bronze in the A section, while the men's B team of Gerard Hanley, Jason Collins and Dariusz Gazdowicz took the silver medals in the B section.

These men deserve credit because they stood on that start line with some of them sleep deprived, some injured, more just back from injury and more putting up their hand and answering the call out to make up teams with style.

Congratulations to Aine, Bridget and Toni on taking part in their first county race.