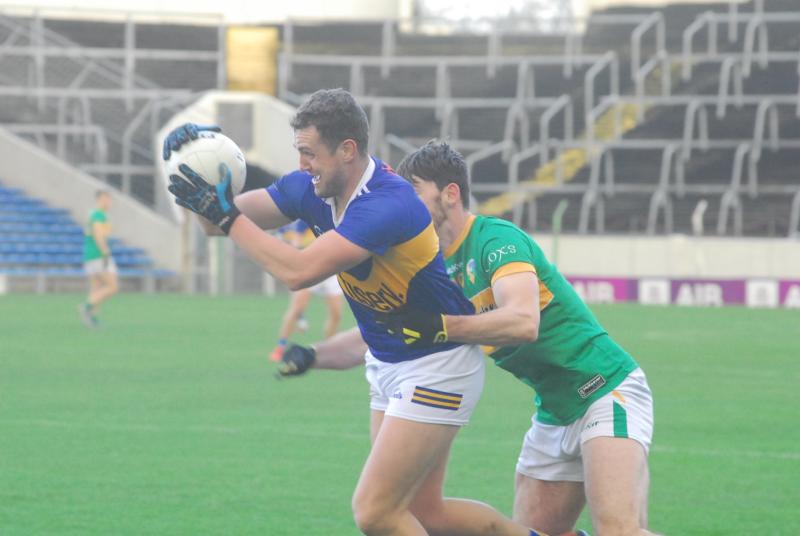 Luke Boland, seen here in action against Leitrim in the league game earlier this year, will make his first championship start for Tipperary tomorrow against Limerick.

The Tipperary team to play Limerick in the semi-final of the Munster Senior Football Championship at FBD Semple Stadium tomorrow evening (Saturday 7 o’clock) has been announced by team manager, David Power.

There are two changes from the side who defeated Waterford two weeks ago. Luke Boland (Moyle Rovers) who came in as late sub against Waterford earns his first championship start at senior for Tipperary. Sean O’Connell (Loughmore/Castleiney), the former Kerry minor, makes his senior championship for Tipperary.

Bill Maher and Kevin Fahey both miss out due to injury.

If Tipperary can defeat Limerick they will advance to a Munster final against Kerry in Fitzgerald Stadium, Killarney, on Saturday afternoon, May 28 at 3 pm.

If Tipperary lose tomorrow night they will go into the draw for the Tailteann Cup which will take place on Monday morning next.