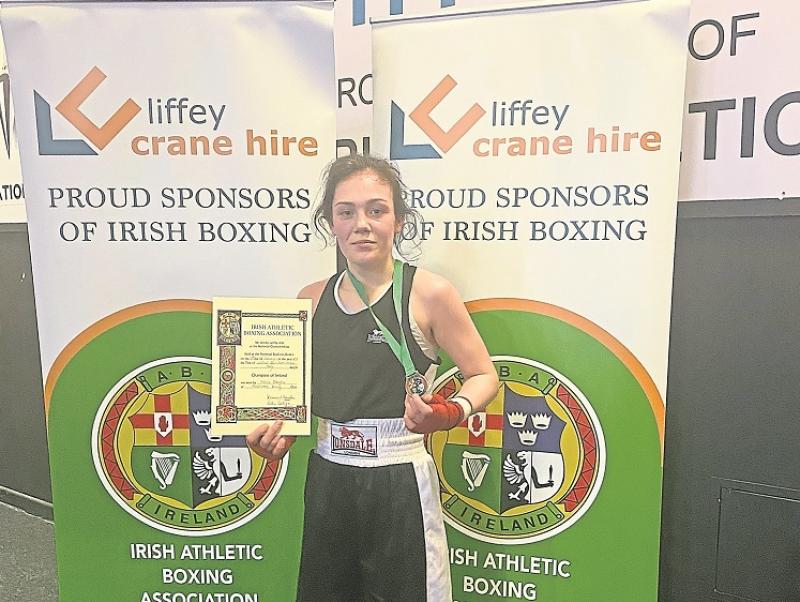 The club are very proud of Shakira Donoghue who won the All Ireland Senior Cadet final. Her commitment and dedication should be an inspiration to everyone

Templemore Boxing Club has had an incredible start to the new decade having just won best club in Tipperary and Waterford 2020.
It also heralds the return of a great boxing heritage in the town now that the P.B (bon) Duggan Cup has returned to Templemore for the first time since 1978 when Tom Shortts Club claimed the title.
Thirty boxers from Templemore boxing club competed and they fought to win an impressive haul of 25 gold and 3 silver medals.
For a club that is only months in existence its an incredible achievement. This wouldn't have been possible without the help we've received since the club opened its doors in September 2019.
At the helm is a dedicated committee and coaches but the heart of our club is our members. The atmosphere at competition was electric, and though the kids competed as individuals, they had the support and encouragement of their clubmates every step of the way.
Most of our boxers had never donned a pair of boxing gloves prior to September but their hard work, dedication and teamwork has carried us through to this successful start.
The future is looking bright as 18 juniors are going forward to compete in the Munsters in March and towards the end of June we have teams competing in both domestic and international tournaments, with the Bristol Box cup and the Monks Town Box cup.