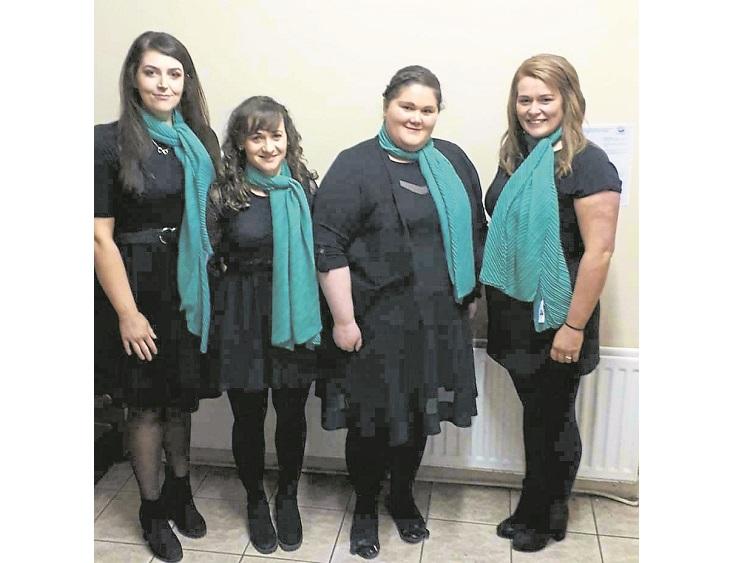 Queen of the Land

Devil’s Bit Macra would like to say a huge congratulations to Lisa Meade who had been chosen to represent North Tipp Macra at the 2020 Queen of the Land which will be held in Tullamore in November.
Lisa was chosen at the recent North Tipp Macra Titles Night where 4 North Tipp Macra members were chosen to take part in Queen of The Land, international Miss Macra festival, Blue Jean Country Queen festival and Mr. Personality.

National Talent Competition
On Friday night last our members competed in the county round of National Talent Competition. Caoimhe Egan, Louise Butler, Reanne O’Dwyer and Mary Joyce participated in the ballad group competition.
The girls beat off stiff competition from Thurles Macra ballad group and were chosen to represent Tipperary in the national semi-finals which take place in early April. Best of luck!

Best of luck to our men’s basketball team who head to Dublin next Sunday to compete in the national rounds of Basketball. We have no doubt they will do the club proud.