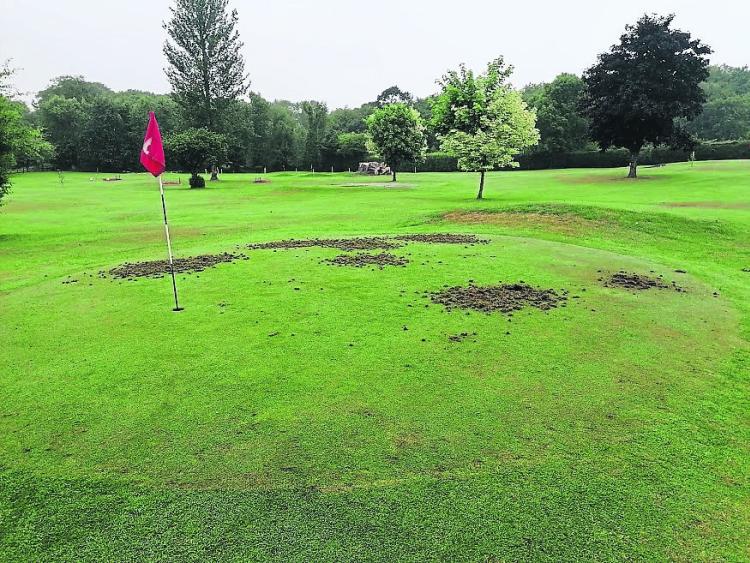 Well done to everybody who worked tirelessly all last week to repair the damage to the greens which was caused by Rooks who were digging for a small insect called a Chafer Grub.

The damage, visible in the photo, was carried out in fifteen minutes with the Rooks large beak acting like a kango hammer.

This was replicated on several greens around the course. They never stood a chance.

Following a course of treatment over the last week let's hope the worst is now behind us as competitive action returns next week.