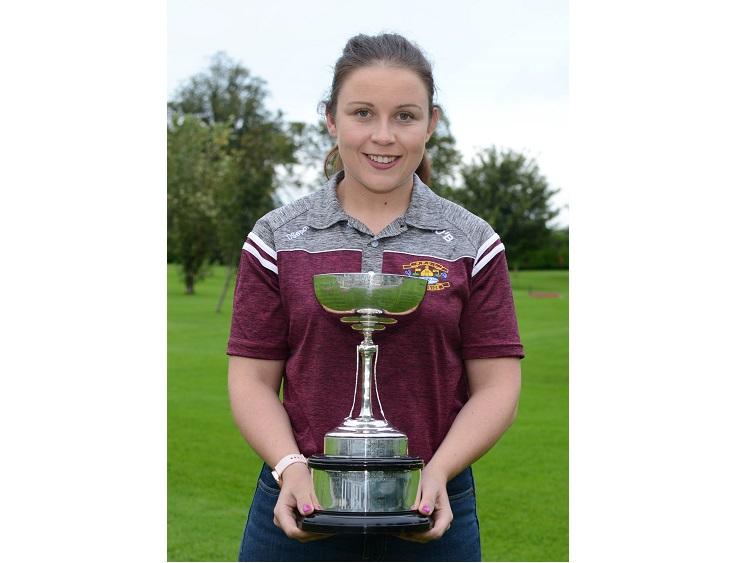 Well done to Martha O'Brien who captured her first National Matchplay title at Larkspur Park, Cashel on Sunday last.
The opening two rounds were played in Hillview, Clonmel on Saturday where she defeated Ger Holland of RGSC in the opening round. Her toughest challenge came in her quarter final game against Liz Quinn of Collinstown where she was three down after 18. She battled back bravely to eventually see off the Westmeath woman and book a place in Cashel on Sunday. She now faced County team-mate Shula McCarthy of Clonmel where a good opening round saw her three up at the turn. McCarthy's experience saw her close to one but once again Martha put the pedal down to record a 4&3 victory. And who should she meet in the final only another Tipp team-mate and 2014 champion Breda White. The two had a great dual at the Munster Strokeplay in Listowel last year with Martha coming out on top following a nine hole play-off. And once again it was the Park Road girl who emerged victorious as she dominated her Tipp Town rival to record a 6&5 victory. With no Munster Championships played this year due to Covid-19 Martha now has the unique distinction of holding the Munster Strokeplay, Munster Matchplay, National Strokeplay and National Matchplay titles simultaneously. Some achievement. Well done Martha. Well deserved.
In the Ladies Nett Matchplay Elaine Quinn travelled well before bowing out in the semi-finals while in the Gents Paul O'Brien fared best before going down to Stephen O'Reilly in the quarter-finals.
On the local front the EJ Grey matchplay will take place at Lakeside this coming Sunday commencing at 10am. Format will be scotch foursomes matchplay. Please enter your name on the noticeboard in the clubhouse.