€950: The cost of cleaning up a forest near Templemore by Tipperary County Council 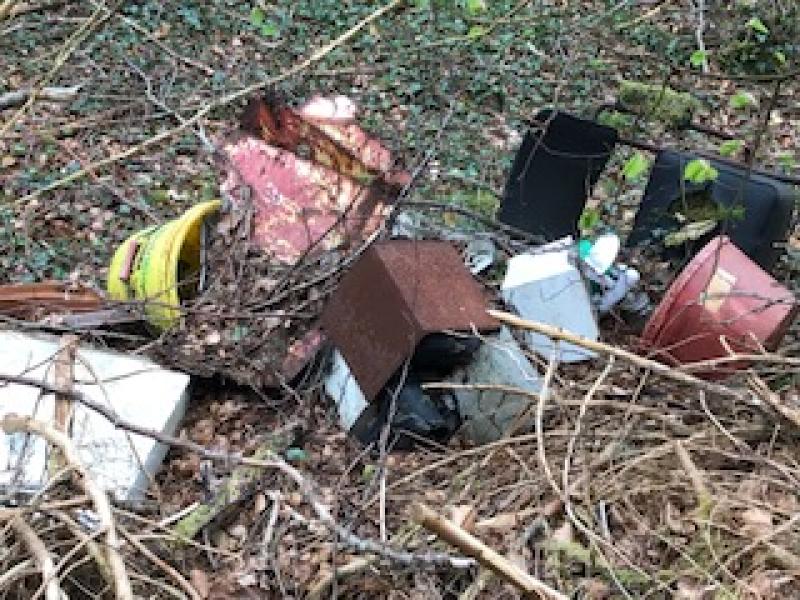 Stock image of rubbish in a forest

A Templemore man who dumped a bag of rubbish in forestry near the town, was told to produce €300 at his next appointment at Thurles district court in April.

Garda Lawrence Stapleton told Judge Elizabeth MacGrath that he was off duty on April 10, 2020, at Gortnagowna, Templemore, when he observed a man known to him as Thomas McInerney “throw rubbish from a car.”

Mr McInerney, of 11 Holly Cottage, Barnane, Templemore, was backed into the entrance of forestry, about 100m from the garda.

Mr McInerney drove away. “I went back to the location. I did see what he dumped in the forest,” said garda Stapleton.
“I photographed it.” Mr McInerney was later interviewed by a garda regarding his driving. He undertook to produce his driving documents.

Gardaí maintained he had no L-Plates and was driving while unaccompanied by an experienced driver.
It cost Tipperary Co Council €950 to clean up the rubbish. “They are aware of that area,” said garda Stapleton.
Solicitor Patrick Cadell said Mr McInerney did not do all the dumping there.

There were a number of people in the defendant’s car, his partner, and a girl in the back seat. “You cannot say he was driving unaccompanied,” said Mr Cadell to the garda.

Judge MacGrath said she noted the guilty plea regarding littering, and that not all the litter out there was caused by Mr McInerney.

“It appears to be a dumping ground. What he dumped is substantial in itself,” said Judge MacGrath, noting that Mr McInerney has no previous convictions for littering.

Mr McInerney was ordered to produce €300 for April 5 next. Judge MacGrath noted that the maximum fine under the act can be up to €3,000.