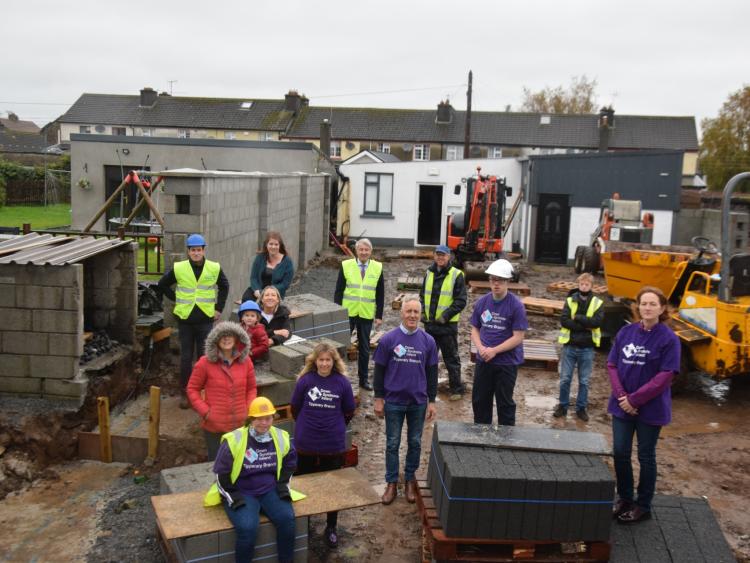 Works underway at the Tipperary Down Syndrome Centre in Abbey Road, Thurles

Coca-Cola has revealed the shortlist of 23 non-profit organisations* in the running for this year’s Coca-Cola Thank You Fund, including Tipperary based group – Down Syndrome Tipperary.

The Tipperary group is currently in the process of provding a new centre at Abbey Road, Thurles with work, on a voluntary basis gathering great pace.

Marking a decade of support for youth-orientated community-based initiatives across the island of Ireland, this year’s 10th anniversary Fund focused on those most impacted by COVID-19, with a record number of applications registered from all 32 counties. The 23 shortlisted groups will now continue in the process to pitch their ideas to a panel of judges for a Coca-Cola Thank You Fund grant share of the €100,000 pot.

Due to the level of demand and the escalating pressures facing young people across Ireland as the impact of the pandemic is realised, Coca-Cola increased this year’s Coca-Cola Thank You Fund from €50,000 to €100,000. The deadline for applications was also extended to give more community leaders working directly with vulnerable young people the chance to benefit.

During the peak of the pandemic Coca-Cola provided relief funds to those most at risk from the immediate challenges of the crisis. As a business Coca-Cola is fully committed to Ireland’s recovery, with this year’s 10th anniversary Coca-Cola Thank You Fund the latest in a series of community-based initiatives designed to specifically address some of the emerging needs of young people in Ireland.

Commenting on the announcement, Petre Sandru, Country Manager, Coca-Cola Ireland, said; “We could never have anticipated the significance of this year’s anniversary Fund as we mark a decade of support for community leaders, non-profit organisations and local youth groups at a time when they need it the most. While we were prepared for an increase in demand, we were overwhelmed by the reaction and delighted to have been in a position to increase the Fund, giving more groups the opportunity to apply and avail of this support.

“The Coca-Cola Thank You Fund is an all-island initiative, with projects from all 32 counties submitted this year - which is a first for the Fund and a marker of the impact this pandemic is having on our young people and the fundraising streams of those working in the non-profit sector. Shortlisting this group from a record number of applications has been an impossible task for our judging panel as the need greatly outweighed the resources available.

“While 23 groups have been shortlisted today, I’d like to take this opportunity to thank and indeed congratulate the hundreds of local champions on the frontline who have worked so hard to identify real solutions to the immediate need of those young people in their local area.

“Since 2011, the Coca-Cola Thank You Fund has donated over €1,055,000 to 95 non-profit organisations and we hope that this year’s Fund will allow the recipient youth groups maintain their vital service to the community and  realise  their goals of building resilience, meeting the education gaps and tackling the mental health challenges of our young people over the coming weeks, months and even years. ”

Joining the Coca-Cola Thank You Fund judging panel once again this year Lucy Masterson, Chief Executive of Coca-Cola Thank You Fund supporters Irish Youth Foundation closed by saying; As we start to realise the true impact this pandemic is having on young people in our local community, the role of our  community leaders and youth groups has never been more important. They are on the frontline of their own responsive crisis and this funding from Coca-Cola will bridge the gap or put in motion programmes that have the capacity to change the course of a vulnerable young person’s life.

“Very difficult decisions had to be made this year, with the level and standard of entries really demonstrating the value non-profit groups across the Island of Ireland bring to our local communities and how their support and guidance is needed at that vital grass roots level to shine a light for those who may have lost their way during this incredibly difficult year. ”

The 23 shortlisted organisations from all over the island of Ireland are in the running to receive grants of, €10,000 or €5,000 following their presentation to the panel of judges. Winners will be announced on Wednesday 16th December.