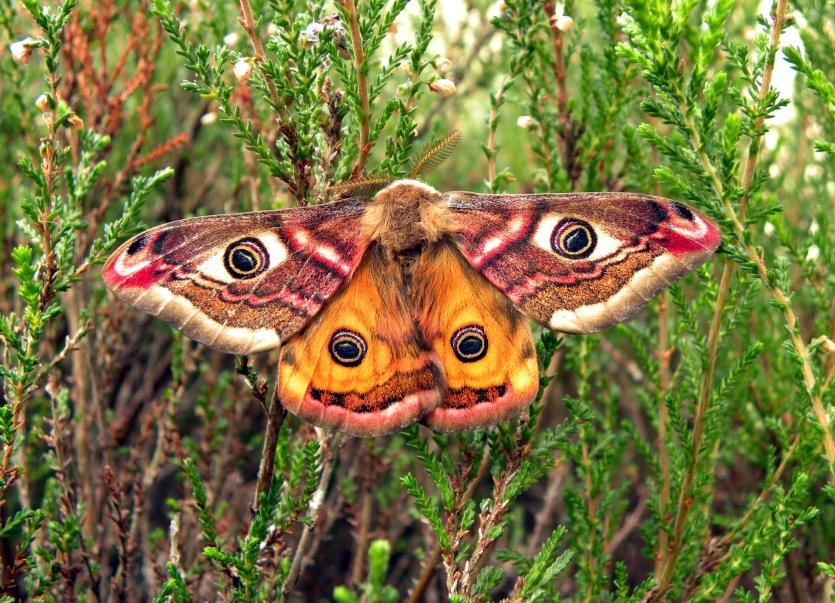 At the heart of the celebration was the bonfire and these communal fires were often very large. For days before, children and young people collected fuel of all kinds and there was great rivalry as to which group would have the largest fire.

The fire was lit at nightfall and an old man would say a traditional prayer “for the fruitfulness and profit of our planting”. Prayers were often said walking sunwise around the fire. After the prayers , the merrymaking would begin.

As the fire blazed up, a favourite pastime of some of the younger boys was to snatch burning sticks and throw them as high in the air as they could. Jack Yeats has a very graphic print of this practice on Midsummer Eve in Belmullet in 1905. In some areas the setting of fires was a pretext for burning scrub, furze or heather to improve land. It was a custom to throw firebrands into the fields believing that it would increase the yield of the crops.

If people were about to go on a long journey, about to be wed or undertake some hazardous enterprise they would jump over the fire as it sunk low. All the crops grown on the farm, corn, flax, potatoes, vegetables and fruit were preserved from harm by the fire and animals were sometimes herded together and driven through the smoke, over the embers or between two fires.

St. John’s Wort was gathered for medicinal purposes at this time of the year and often on St. John’s Eve. Even in the cities, there was a great march of tradesmen and of course by now they were coming out of the hungry gap into the time of the new potatoes.

But the light eventually turns to the half light or that lovely Irish word “clapsholas”. It is in that twilight that another world unfolds at Cabragh.

Moths are among the wetland’s best kept secrets. There are far more species of moth than there are types of butterfly with 160,000 species of moth worldwide. In Ireland there are thirty four species of butterfly but over 1,450 species of moth but moths get a bad press. Some orchids depend on moths for pollination and some moths can jam a bat’s sonar system. Most people think that they are small, dull and eat clothes. Certainly, a couple do eat clothes and some are brown and boring, others are intricate mosaics of colour, particularly under a magnifying glass.

One of the most striking aspects of moths is their camouflage. They need to hide away safely during the day so their wings reproduce the colours and the patterns of the vegetation in all its forms. Some resemble bark, others are green and can rest on leaves while a few look like bird droppings in an effort not to end up as such.

Not surprisingly, as the year turns and leaves change colour, many autumnal moths adopt glorious hues of orange and yellow. Some even mimic twigs and rest in a twig like manner. Many use curious wing shapes to break up the contours of their body outlines or they have large speckles and dots that achieve a similar result. If their concealment strategy fails, many flash eye spots on their hind wings at their enemy who in their momentary flinch, allow the moth a split second chance to flee for its life.

In the early days of Cabragh Wetlands when we needed to know exactly the depth of the wealth of insects that existed there, Ken Bond, an expert in this area, spent many nights with his shining light and found an amazing richness.
On a still sticky night with a hint of thunder, hundreds of moths approached the light, often in irregular circles.

They have marvellous names, adding a touch of the exotic to Cabragh with the hawk moths being the most spectacular particularly the elephant hawk moth.

Other spectacular moths are the emperor moth and the garden tiger which is easily identifiable from its tiger stripes. So as the lights are going out, shine your light and enjoy another amazing and different world at Cabragh.
Another insect that has been having a bad press lately is the bat but they are so important to the balance of nature. We estimate that the bats that roost in the hide at Cabragh devour about a million insects a week. Where would we be without them?

Watch out for Cabragh Wetlands’ celebration of the summer solstice on You Tube.
Stay safe. Hold firm.
Slán go fóill