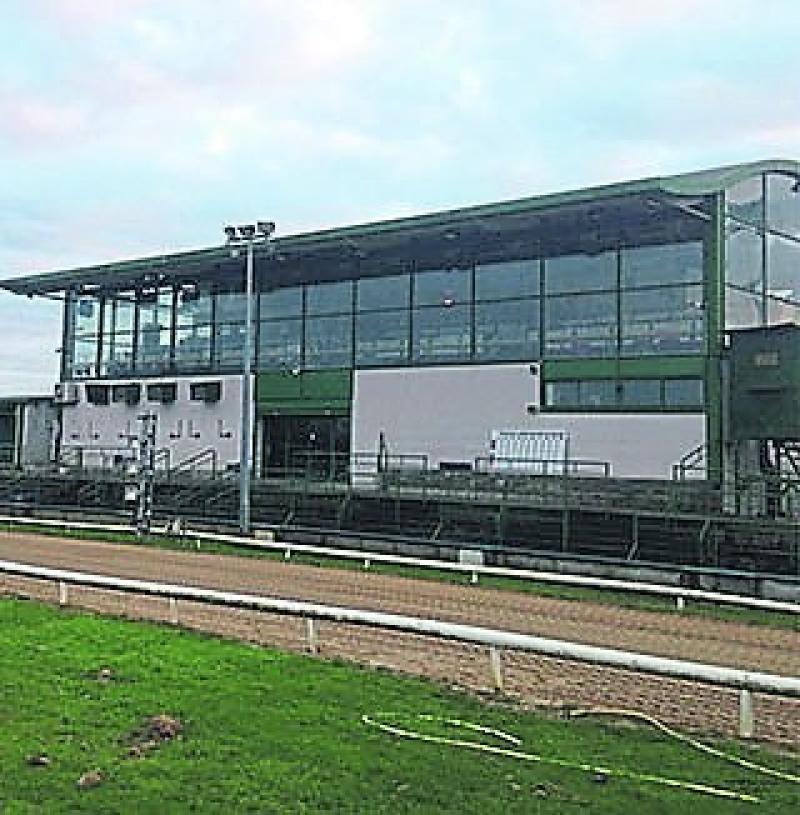 A Thurles greyhound racing enthusiast accused of stealing signs owned by an anti-greyhound racing animal rights group, had his case dismissed at Thurles district court after the judge decided there was not enough evidence to convict him.

Brian Loughnane, of 12 McDonagh Terrace, Mitchell Street, Thurles was charged with stealing five protest signs valued at €115 at the Thurles Greyhound Stadium, on August 17, 2019.
Garda Jeremiah O’Brien responded to a call concerning a disturbance at the stadium in Castlemeadows, Thurles.

On October 19, Mr Loughnane was interviewed by a garda in relation to allegations of theft. Mr Loughnane said he was working with greyhounds that night.
There had been a protest and a “counter protest”. The anti-greyhound racing group “left their signs on the property” of the greyhound stadium, and “I thought this was inappropriate,” Mr Loughnane told gardaí. “They had no permission. I asked for them to be removed.” They told him to “eff off” and called him “an animal abuser.”

Mr Loughnane said he had been targeted by this group online with “unbelievable abuse”. Mr Loughnane said he took three signs from the railings, but gave them back to them. “They were on my case for the last four years. What they do is they provoke a confrontation and then film it,” he said.
Solicitor Brian Hughes said groups called Greyhound Awareness Cork and Tipperary Greyhound Awareness ran facebook pages with pictures of Mr Loughnane, and abusive messages were posted about him. Comments such as “human waste” clearly refer to Brian Loughnane on these facebook pages, maintained Mr Hughes.

Other comments included “horrible bastard” and the verbal abuse “goes on and on.” Another poster referred to Mr Loughnane as a “Neanderthal” and “inbred”, a “scumbag” and a “despicable excuse for a man.”

Ms Fitzgerald said it was a “silent protest.”
Ms Fitzgerald said that Mr Loughnane moved his van around the car park and was “acting suspiciously.” Five signs were “stolen” from the railings, valued at about €23 each. “I owned them, they were not recovered,” she said.
Mr Hughes put it to Ms Fitzgerald that she posted the “lowlife” comment about Mr Loughnane on social media. “Do you think that’s fair? You were hanging, drawing and quartering my client in public for all to see,” said Mr Hughes. There were “false allegations” made about Mr Loughnane, and “lies that have been published.” Mr Hughes maintained that the theft allegations were a “continuation of that.”
“You did not see Brian Loughnane stealing anything,” he told Ms Fitzgerald.

Katie Corcoran, co-founder of Greyhound Awareness Cork, said she heard “someone” taking the signs. When she turned around she saw a man driving away to the corner of the car park. Mr Hughes put it to Ms Corcoran that she hosted a facebook page comparing Mr Loughnane to “human waste.” “I did not write it,” replied Ms Corcoran. The facebook page is “tattooed with entries about Brian Loughnane.”

Margaret O'Rourke said she saw a man pulling the signs through the barriers. “I saw him put them into his van and closed the door,” she told the court.

Mr Hughes said three of the four witnesses did not see Mr Loughnane take the signs, and there “has to be some serious doubt” regarding Mr O'Rourke's version of events, as Mr Loughnane would have to somehow “vanish into thin air”. The signs were not recovered in his possession.
“I went down and asked them to remove them,” said Mr Loughnane in court. “I took three signs and threw them back through the railings.”

Mr Loughnane was asked did he put the signs into his van. “No. Absolutely not,” he replied. Mr Loughnane explained that he had business near a gate in the car park that evening. “I had a runner that night so that's why I was there.” He was putting dogs through that gate entrance.

Judge Elizabeth MacGrath adjourned the case to December 2, when she delivered her conclusion. Judge MacGrath said she was satisfied as to the prosecution witnesses' honesty, but this was a criminal matter that must be proven “beyond reasonable doubt.” That threshold was not met as the posters were not recovered in the defendant's possession.

Mr Loughnane “must be given the benefit of the doubt”. Judge MacGrath dismissed the charge.