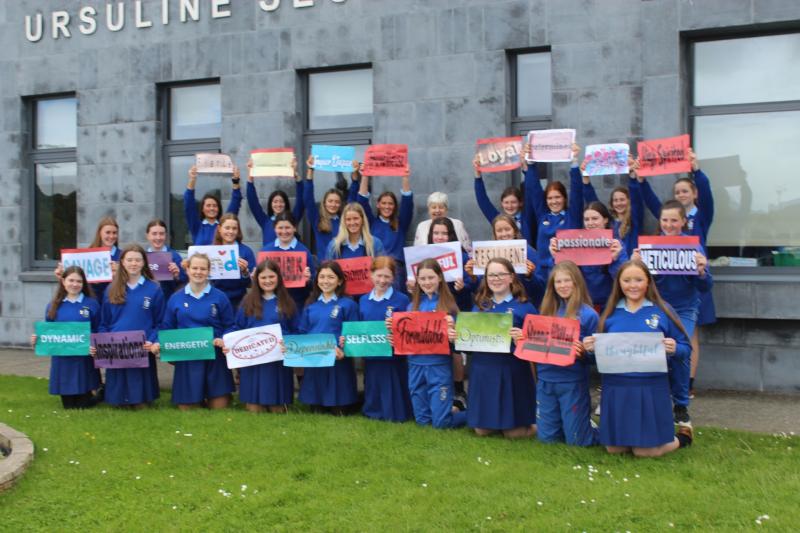 Thurles Ursuline Secondary School had its final school assembly of the year this week - it was the first time that the whole school had been able to meet together in assembly since May 2019.

This was an opportunity to say best wishes to the Leaving Cert class of 2022 and also to say goodbye to Principal Ms Mary Butler who is retiring in August.

Tributes were paid to Mary B by Deputy Principal Ms Gleeson and Chairperson of the School Council, Michelle Flanagan and the two Vice-Chairpersons, Anna Grace and Gráinne Gleeson.

Ms Gleeson spoke about Mary B’s long career in the Ursuline. A member of staff for 45 years Mary B taught Latin, French and her beloved English. She started the TY programme, spearheaded the School Council, was editor of the Yearbook, started the Christmas activities in the school, produced and directed the annual school show from 1982, was Deputy Principal and finally Principal since 2012. 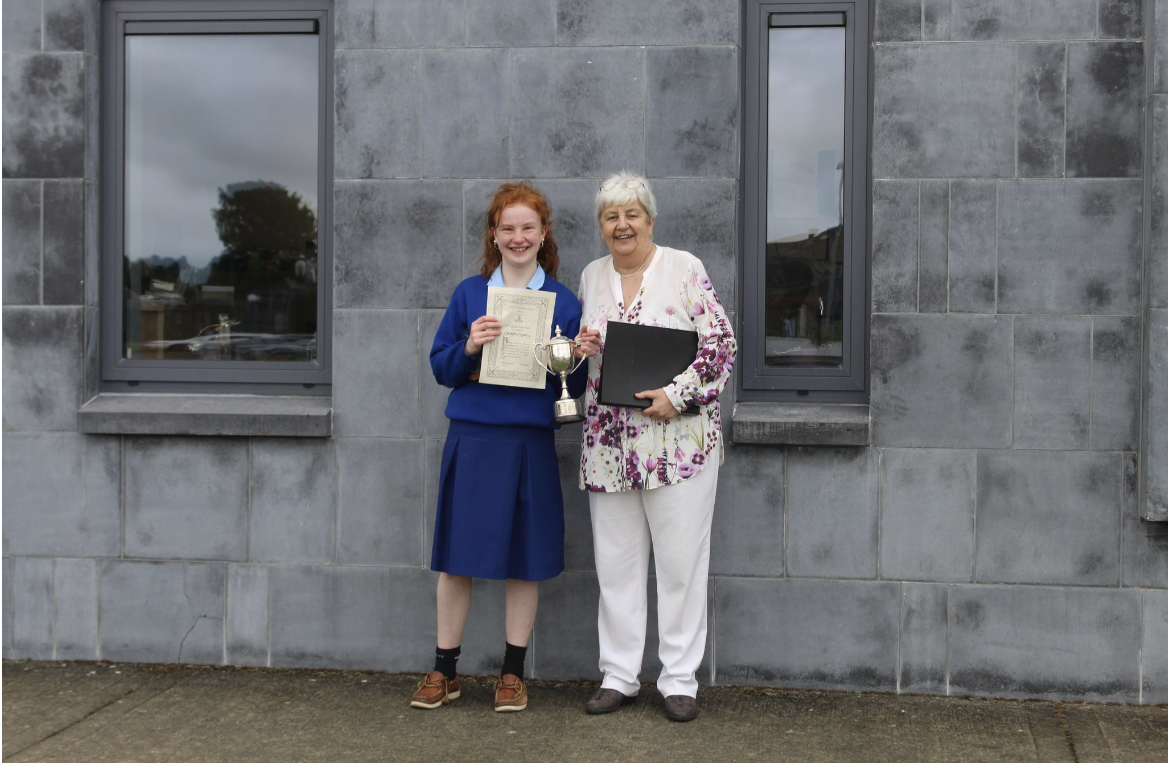 Next it was the turn of the School Council and the students to thank Mary B. Michelle Flanagan, Chairperson, acknowledged the support Mary B gave students when they were at their lowest and most vulnerable. Her guiding words and wise advice was always valued in the midst of tough times.

Each class in the school was asked to think of a word to describe Mary B and as Michelle called out these words a student stood up in the crowd, presenting a poster of the word. Some of the words included ‘kind’, ‘enthusiastic’ ‘creative’ and ‘inspirational’.

Anna Grace, Vice Chairperson said Mary B had an impact on everyone, she set high standards for herself and expected high standards from staff and students and more often than not that is what she got. Anna presented Mary B with a memory book containing photographs and messages from students and staff, past and present.

Finally, Gráinne Gleeson, Vice Chairperson of the School Council spoke about all the school shows that Mary had been involved in beginning in 1980 with The Quarker Girl, working alongside Sr Rita and then Ms McNally who joined in 1986. As Gráinne pointed out, not many people can claim they paved the way for an Oscar nominee and Olivier Award winner. Gráinne admitted to not being much of a Jessie Buckley herself but said she very much enjoyed her time in the school shows under Ms Butler’s tutelage, particularly her role as a ‘plate’ in Beauty and the Beast.

She introduced the final tribute of the day to Ms Butler, an arrangement of musical theatre snippets sung by Chamber Choir of the 40 years of Shows that Mary Butler was involved in.

It was a beautiful, fitting and fun accolade in a snapshot of songs and a lovely overview of the productions staged by Mary and what she achieved over the previous four decades.

She has done great things in the Ursuline over the course of her career and she will be missed come September. Goodbye Mary B and thanks for the memories.