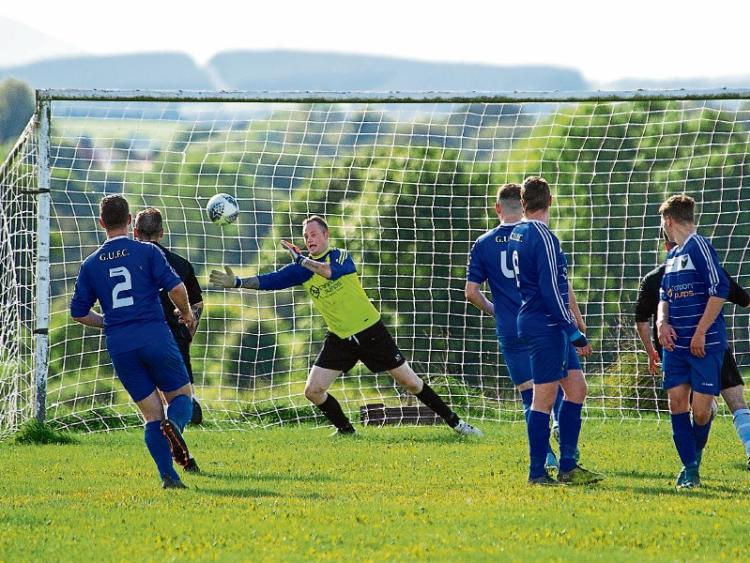 Cullen were in fine goal scoring form in the first round of the Munster Youths Cup on Saturday, when they had an easy win over Kilsheelan United.

Micheál Elligott struck first after five minutes and his strike partner Mikey Stokes got a second only five minutes later.

After 20 minutes Stokes set up Elligot for his second, and he completed his hat trick on the half hour mark. Four up now and cruising the one black stain on the home sides first half performance was a red card that was received by one of their players just before the break.

With Cullen playing with ten men they didn’t have it all their own way in for the early part of the second period, but on 57 minutes they got the scoreboard moving again when Tony O’Neill crossed from the left and Mikey Stokes was on hand to head home.

Elligott became the provider in the 65th minute when he went down the right and cut in along the end line and squaring the ball for Stokes to tap home to complete his hat-trick.

Ben Carey got in on the scoring twenty minutes from time when he cut in from the right and struck home into the bottom corner, and Elligott got his fourth eight minutes from the end when he finished well when one on one with the keeper.

Ben Carey finished off the scoring in the final minute to round off a comprehensive performance.

Youths Cup Round Up

Two Mile Borris travelled to a very depleted Mullinahone side and were by far the stronger team of the two. They put seven goals on the scoreboard before the break and added two more in the second period to record a nine goal victory and move into the next round of the competition.

In the final game of the weekend an in-form Cashel side travelled to Shanbally to face their higher division opponents and gave an excellent account of themselves. They held the Division One side to a scoreless draw in the regulation 90 minutes, and were good value for their performance, before the home side took control of the extra time period and scored three unanswered goals to take the victory.