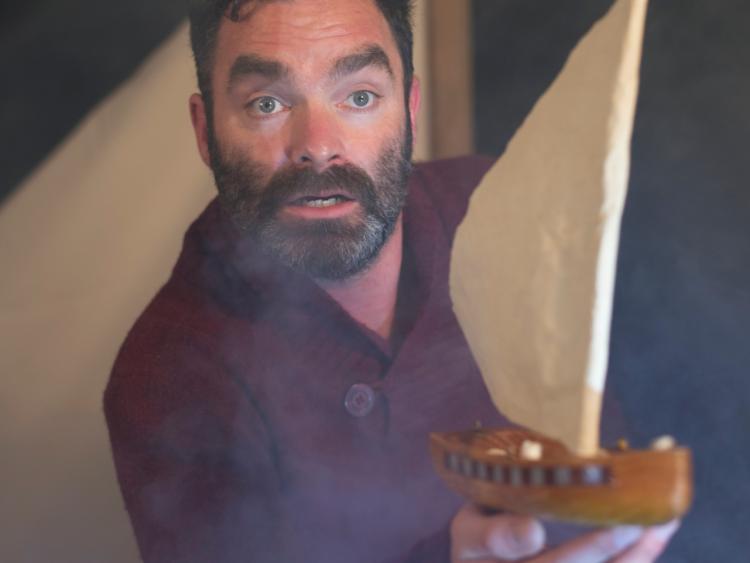 An electrifying, big-hearted epic inspired by Jonathan Swift’s fantastic tales of Gulliver’s Travels will sail into the Source Arts Centre, Thurles this November when the critically acclaimed Monkeyshine Theatre bring their latest stage offering to the premier county.

The story follows a young boy, whose life, like most lives, doesn’t seem to be going to plan, and a chance discovery on a beach. Inspired by Jonathan Swift’s fantastic tales of Gulliver’s Travels, Voyage is a trip to an astonishing world where nothing is quite what it seems, and life becomes a miraculous journey that changes our hero's view of life forever. Audiences can expect electrifying stories, ferocious storms and far off lands, curious giants and tiny strangers. With their unique style, humour and signature charm, Monkeyshine have created a captivating show for everyone over 8.

Monkeyshine Theatre was started by Kareen Pennefather and a group of university friends in 1999. Since then there has been quite a journey both creatively and geographically. Initially a street theatre company creating interactive impromptu theatre on the streets of Northern Ireland, Monkeyshine soon began to develop characters whose stories needed to be told and so, organically, shows began to develop. In 2004 James Jobson joined Monkeyshine Theatre. The company moved to the south of Ireland and began to establish a strong reputation as a pioneer in children’s theatre.

Monkeyshine's Kareen Pennefather, who has written and directs Voyage, says, "Gulliver's Travels offered us a rich and exciting world of adventure filled with amazing imagery and great characters - but it also offered the stimulus for another story. We started to think about what it was like for the family Gulliver left behind, in particular his son, and that’s where we began, a son in search of his father."