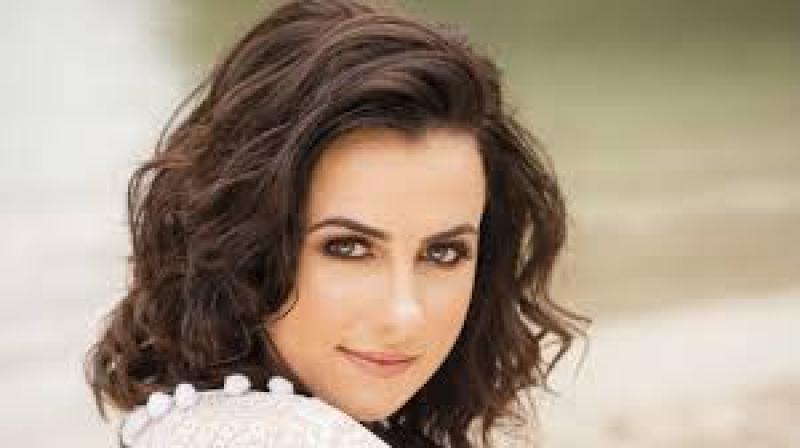 When Lisa McHugh first arrived on Irish shores with dreams of making her mark in country music, the landscape in Ireland looked decidedly different than today.

Before the days of country music specials on RTE or jiving classes popping up around the country, Lisa and her band were playing gigs in tiny venues hoping to get local radio airplay.

However just six years later Lisa's voice and face are instantly recognisable and with five studio albums, a live DVD and sell out shows across the country to her name, the 'Apple Jack' singer has proven she is a force to be reckoned with.

"It's a very tough, cut throat business. When I came over here [in 2010] it was a very male dominated industry with regards to the artists, the promoters, the majority of radio presenters.... and I suppose to try and get yourself taken seriously you have to show them that you are serious and work extra hard," the Glasgow born singer tells the Tipperary Star ahead of her show at Nenagh Arts Centre on February 19th.

Having moved to Ireland in June 2010 from Glasgow, Lisa originally settled in Letterkenny before relocating to her current base in Enniskillen - a place she now regards as home.

"I don't feel like a blow in anymore. I don't necessarily miss Glasgow as a place, of course I miss my family and friends and not getting the chance to spend as much time with them as I'd like at times is hard but I really love where I am right now," she explains.

Through constant touring (she played over 200 shows alone in 2016) Lisa has built a large group of devoted followers throughout Ireland and the UK however she is also part of the new wave of stars who interact with their fans personally through social media (she has nearly 57,000 followers on Facebook and 14,000 on Twitter) and can often be spotted posing for the obligatory fan selfie after a show or snapchatting her every move.

But while the singer hopes to continue growing her Irish fan base, she says that there are already plans to take her show further afield including a possible return to the US.
“The standard of talent over in America is just insane. To be allowed perform over there is an achievement in itself so whether we get the chance to go over there with my band or not I'm not sure but it's certainly something that I would absolutely love to do.”
“Someone I've always looked up to is Dolly Parton since I've been very young. I've had the chance to meet a lot of country singers now but I haven't had the chance to meet Dolly so I would absolutely love the opportunity to even sit down and have a conversation with her. And if she agreed to sing that would be my life complete I think.”

But for someone who gigs so tirelessly was she ever tempted towards reality TV singing shows as a fast track route to success?
“I used to love shows like the X factor and Pop Idol but over the last number of years I've drifted away from them to be honest. I think the majority of the best singers actually go out in the early stages. It's something I never would have went for because you're plucked out of nowhere and thrown into stardom over night and it's not something that's necessarily easy to adapt to. To be given that kind of opportunity so quickly can affect people the wrong way. I prefer doing what I'm doing and if the popularity side of things comes along with it that's fine but my main concern is performing for people and concentrating on the music.”