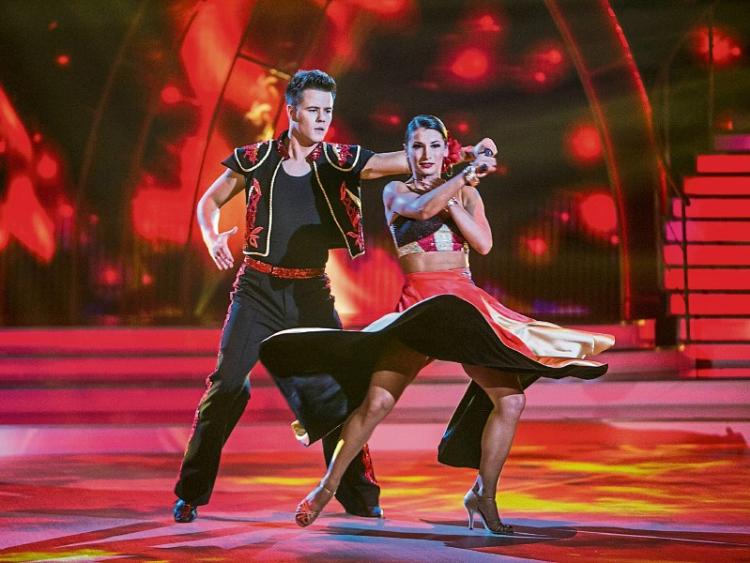 He's toped the leader board and is  a firm favourite to go all the way to the final; however Hometown singer and now Strictly star Dayl Cronin says he wouldn't have made it this far “without the backing” of his home county.

The Clerihan singer has been showing off his  footwork skills on RTE on Sunday nights and says he owes his success to his loyal “supporters” back home.

“Everyone's been amazing and I genuinely wouldn't have gotten to this stage without everyone down in Clonmel and Tipperary voting for me,” he tells the Tipperary Star between rehearsals.

However while he has achieved the top 30 points score from the judges he hasn't been free from controversy having ended up in a dance off against Katherine Lynch last week, an experience he says he doesn't want to have to repeat.

“It's the worst feeling in the world standing there waiting for your name to be called.  On one hand its a relief to  get through but then you realise you've knocked someone else out of the competition,” says the onetime On Your Toes Dance Academy pupil.

The former Cashel Community School student  was hand picked by Louis Walsh to join the boy band Hometown in 2014, leaving  his performing arts degree in Leicester  in his third year.

However the risk paid off as within a few short months the band had climbed their way to the top of the charts joining the likes of  UK group The Vamps on tour.

But while the group are currently on a break, Hometown fans can rest assured that its only temporary as Dayl says each member wanted to pursue different avenues for a while.

“I was doing this show and Brendan's doing Eurovision but we're all still in contact. I get messages from the lads every Sunday after the show.”

The 'Where I belong' singer is   currently living in Dublin with fellow contestant Aidan O'Mahony, and says he's enjoying his 'bromance' with the Kerry footballer  adding that the new dad regularly cooks him dinner.

“Its the same every night, chicken and pasta, but he's good craic and we get on well.”

In the meantime it's back to the rehearsal studios as contestants spend up to 20 hours or more perfecting their routines each week for the live show on Sunday.

But with Dayl already emerging as a firm favourite to reach the final, the singer says he's taking every step as it comes as “it could be anyone going home next weekend.”

“The competition has gotten a lot tougher, especially in the last few weeks so I'm just thankful to everyone who's voted for me so far.”

Tune in this Sunday to see Dayl compete in the semi-final  at 9.30pm on RTE1.