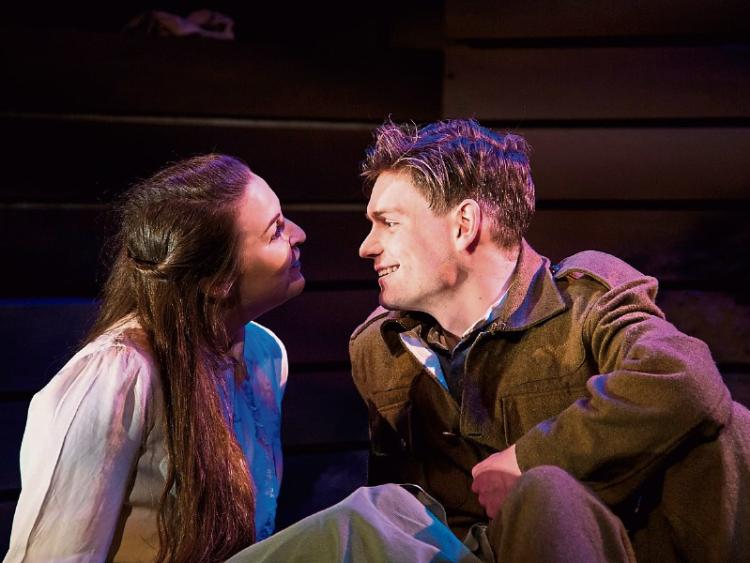 Amy O'Dwyer and Ethan Dillon in a scene from Ledwidge

The multi talented actress has previously performed at the Gaiety, in RTE's Fair City and in a BBC TV movie of Dad's Army.

Amy is a former member of Thurles based youth theatre group Phoenix Productions and  credits the Ursuline as playing a major part in her love for the arts. Since graduating with distinction from the London School of Musical Theatre, Amy has been busy racking up roles in several major theatre productions in Ireland and the UK as well as working as a radio broadcastor with FM104 and Q102 in Dublin.

Gerard Humphreys’ play explores  the life of  Meath poet Francis Ledwidge, his  personal struggles with war and his early life as a trade union activist in a class ridden society on the eve of revolution.

In spite of Ellie’s fears, Francis Ledwidge answered the call to arms in 1914 where he excelled as a sniper, despite his inner conflict with war before he was fatally wounded by a stray shell at the age of 29 at the third Battle of Ypres in 1917.