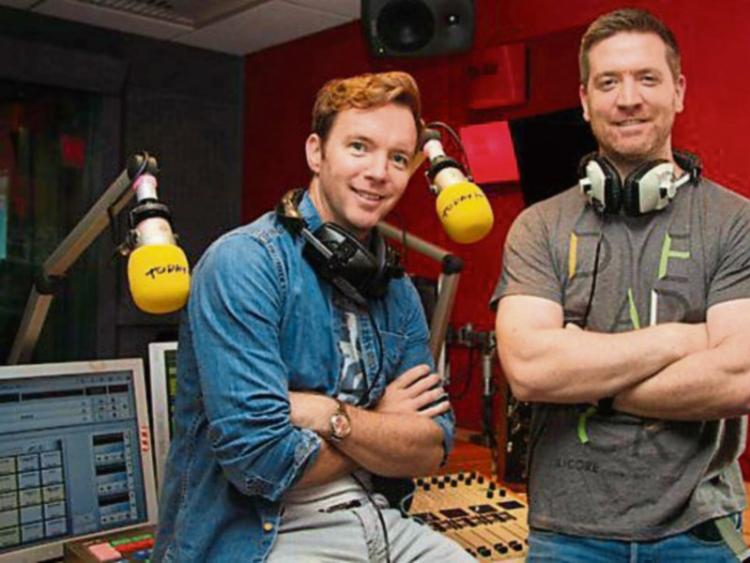 Ireland's top comedy duo Dermot and Dave will be taking no prisoners when they roll into Clonmel next week as part of their nationwide 'Ah Sure Look It' tour on Saturday April 29.

The duo, who are known for their razor quick wit and spot on impersonations, say they have plenty of surprises lined up for their premier county audiences and have already been working on a few Tipperary characters to bring to life once they hit the Clonmel Park Hotel next week.

"I'll have to practice my Lar Corbett," says one half of the comedy dream team Dave Moore, who adds that the show will follow the vein of their Today FM slot but will be even more "manic and crazy."

"Basically all the best bits from our radio show but bigger."

For those unacquainted with the radio show, Dave describes it as mix and gatherer of entertainment, music and lively banter- "We'll ring the lad up who says he has the oldest cow in Ireland for a chat. We don't have to be banging out tunes playing 50 Spin hits in a row. We can dive into something really nutty and leave the depressing stuff to Pat."

So far venues along the tour have consistently been selling out, not bad for something that Dave wasn't even aware of when the first tickets went on sale.

"I got an email saying how exciting it all was, congratulating me but Dermot never mentioned he'd agreed for us to turn our radio show into a live comedy show."

Thankfully the gamble paid off and their first show was a runaway success, paving the way for a full blown comedy tour of Ireland.

"Being on the radio is very different to performing in front of people. I'd a bit of experience from my days in music but really it was alien territory to me. It's a bit of a cliche to say but after a while you do forget the audience is there and you go back into that comfort zone of just being on stage with your best friend messing around."

"So far it seems to be working. We've gotten good feedback from people, even those who aren't familiar with the radio show get it and said they loved it."

Both are big fans of the likes of Steve Coogan and although Dave plucks for the Alan Partridge star to be his dream guest to turn up in the audience, the thought also terrifies him. "I don't know what he'd make of it but I'd hope he'd like it," he offers.

Before the hum of daytime radio came a callin', Dave worked as a musician, writing and producing pop songs, but says he would happily still ply his trade in music if his radio days didn't pan out. Luckily his radio show alongside Limerick comedian Dermot Whelan has become one of the biggest shows for Today FM, helping the duo snag the coveted mid morning breakfast slot after Anton Savage departed the station last year.

But despite being a mainstay on Irish airwaves for close on 15 years, Dave's break into radio wasn't planned and came to chance after he applied with a demo for voice over work. Instead he was offered a job with 98FM in Dublin where he was thrust together with Dermot by producers in the hopes the two would gel. The spark was instantaneous and the pair have worked together consistently ever since.

"We're lucky that we both clicked with each other straight away," he says of the pair's 15 year bromance, eventually admitting if he could change one thing about his co-star it'd be his attention span.

"He's a bit like The Simpsons in that when you're talking to him in a meeting, you know that he's a million miles away- like Homer who zones out thinking about a monkey playing a tambourine or something."

"But maybe if he wasn't like that, he wouldn't be as fun," he adds.