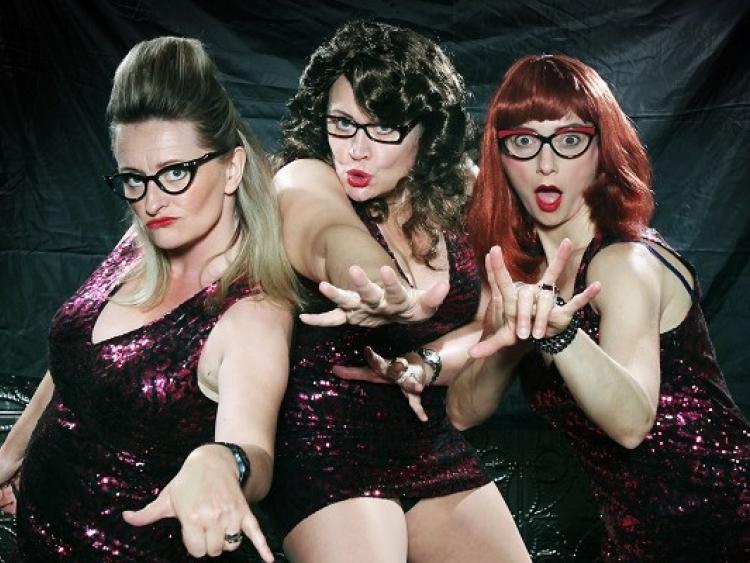 The Nuala's play the Racket Hall on November 4

Brendan Behan's 'The Hostage' set for Cappawhite debut
Cappawhite Drama Group is very busy rehearsing for their forthcoming production of The Hostage by Brendan Behan set in Dublin in the 1960’s. On the surface the story appears to be serious drama however the play is also a comedy of slapstick and satire as well as a musical production with songs – “The Laughing Boy”; “will you marry me”, among others. The group are fortunate to have James McGrath as producer again this year following the great success of last years production of “Blood Brothers”. There is quite a large cast in this years play and the group are delighted to welcome many new people. The play will be staged in the Resource Centre on Thursday 9th, Saturday 11th and Sunday 12th November. A great night's entertainment is guaranteed for all.

Neil Delamare adds Christmas date for new show
Top comedian Neil Delamare returns to Thurles this December with his brand new show Butch Cassidy and the Sundance Pensioner on December 28 at the Source Arts Centre, Thurles. Laugh out loud from start to finish, this show promises to be a night not to be missed. Tickets €22/ 20 concession available now from the Box Office on 0504 90204.
Slocan Ramblers add Clonmel date

Charley's Aunt
Thurles Drama Group presents an old fashioned farce that has entertained for decades and should not be missed. From Monday 20 November to Saturday 25 November at the Source Arts Centre, Thurles. Tickets from 0504 90204.

Film: Becoming Jane
Events from the life of the author Jane Austen inspired this romantic historical drama, which speculates of a romance that may have had a significant impact on her life and work.
Twenty-year-old Jane Austen (Anne Hathaway) is the daughter of Rev. Austen (James Cromwell), a minister who looks after a flock in a small rural community in Southern England with his wife (Julie Walters). While her older sister, Cassandra (Anna Maxwell Martin), is engaged to be married, Jane resists her family's efforts to match her up with Mr. Wisley (Laurence Fox), the wealthy but dull nephew of Lady Gresham (Maggie Smith), a minor member of the British nobility. When Jane meets Tom Lefroy (James McAvoy), a young man her own age, she's intrigued. As Tom begins to court Jane, she finds herself increasingly attracted to this poor but keenly intelligent man, though she soon realizes her own ideas about love and marriage are sometimes at odds with the conventions of the society in which she lives. In Nenagh Arts Centre on Wednesday 8th November at 8pm. Tickets €5 (plus €1 Booking Fee)

Promise & Promiscuity
In four years Promise and Promiscuity has delicately romped all over the world from Stewart Island to Regina, Saskatchewan to Edinburgh to Adelaide to Bath. This one woman multi character musical has charmed and delighted thousands with its wit, innuendo and satirical sparkle. Follow the fortunes of Miss Elspeth Slowtree as she battles literary snobbery, her mother’s nerves and Cousin Horatio’s digestions, all armed with a superior wit and excellent ukulele skills. Balls will be attended, crosses will be stitched and manners will be minded, all with not one ankle in sight. Featuring classical masterpieces, reworked by Robbie Ellis with lyrics by Penny Ashton, and 33 direct quotes of Jane Austen’s various books and letters. At Nenagh Arts Centre on Friday 10th November at 8pm. Tickets €18/€16.50 (plus €1 Booking Fee). Definitely a show not to be missed!