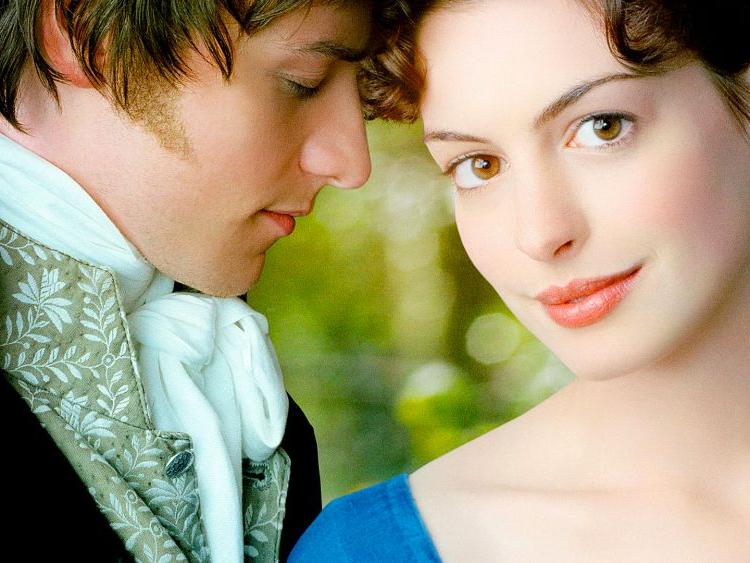 Events from the life of the author Jane Austen inspired this romantic historical drama, which speculates of a romance that may have had a significant impact on her life and work.

Twenty-year-old Jane Austen (Anne Hathaway) is the daughter of Rev. Austen (James Cromwell), a minister who looks after a flock in a small rural community in Southern England with his wife (Julie Walters). While her older sister, Cassandra (Anna Maxwell Martin), is engaged to be married, Jane resists her family's efforts to match her up with Mr. Wisley (Laurence Fox), the wealthy but dull nephew of Lady Gresham (Maggie Smith), a minor member of the British nobility.

Jane has the heart of an artist, and hopes to distinguish herself as a musician or a writer, though her parents don't think much of her prospects. When Jane meets Tom Lefroy (James McAvoy), a young man her own age, she's intrigued; while he scoffs at her writing style, he clearly sees she has talent, and is eager for her to learn more of the larger world by exposing her to more daring literature and modern pastimes such as boxing.

As Tom begins to court Jane, she finds herself increasingly attracted to this poor but keenly intelligent man, though she soon realizes her own ideas about love and marriage are sometimes at odds with the conventions of the society in which she lives.