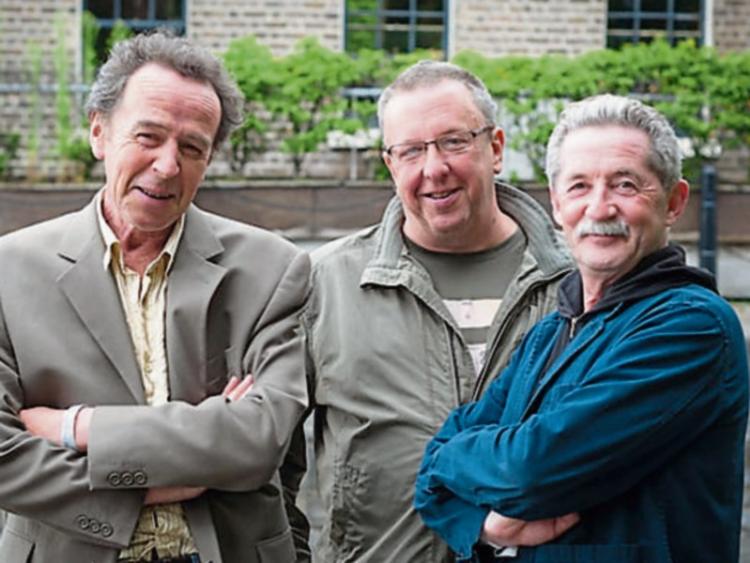 For its first show of 2018, Clonmel World Music is delighted to welcome Scullion, one of the best ever Irish folk/rock bands.

This will be the first show in the ninth year of Clonmel World Music concerts and the gig takes place in Raheen House Hotel next Thursday, January 18th.

Scullion remain to this day an important, successful and highly influential band in Ireland.

At its core Scullion is a collaboration between Sonny Condell (Tir Na nOg) and Philip King. The third longtime member of Scullion is Robbie Overson, who was asked to play with the band on Greg Boland's departure over 30 years ago, and is still the third member.

It’s hard to believe Scullion were formed back in the mid 1970s.

They have played at the Lisdoonvarna Festival, supported John Martyn on tour and were one of the highlights of Self Aid back in 1986, where they were joined by Mary Black and Christy Moore, among others.

Philip King and Scullion were a regular fixture in the Folk Club that was very active in Hearns Hotel in Clonmel back in the 1970s and 80s.

Their Clonmel gig promises to be the return that has long been anticipated ahead of some new recordings and special shows being planned throughout Ireland for 2018.

This amazing band has been on a musical expedition since its inception.

“We have played in back rooms, front rooms, bar rooms and bedrooms, flat bed trucks, concert halls, The Royal Albert Hall and everywhere else in between,” says Philip King.

“The urge to sit and play in some of these rooms especially in the Ireland of 2017 is powerful. The exchange that happens when engaging live with an audience is more alluring and vital than ever in this age of virtual connection.

“We have an amazingly diverse musical language on this creative island and many of those strands are woven into Scullion’s musical DNA”.

Doors for the Clonmel gig will open at 8pm, and the music will commence at 9pm.

Tickets are available online at www.clonmelworldmusic.com, and at Marian’s, O’Connell Street,  Clonmel; from South Tipperary Arts Centre, Nelson Street Clonmel, or from Gerry Lawless on 086-3389619.