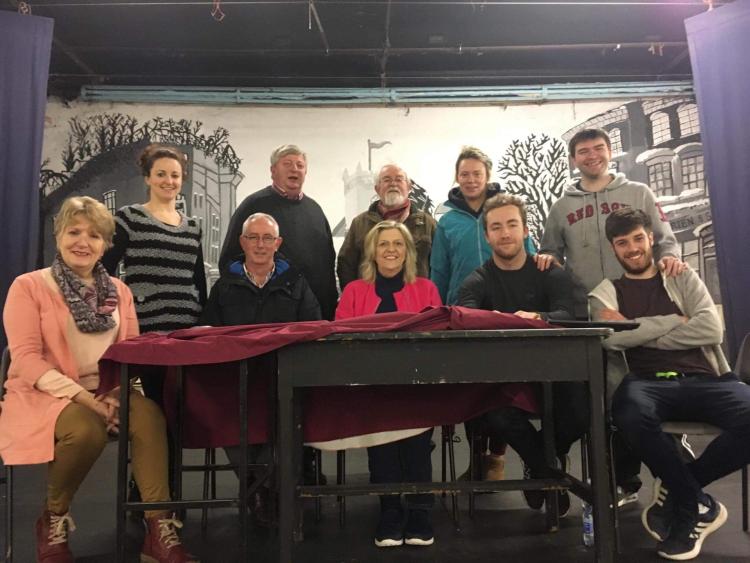 The Forge Players are about to take to the stage again with the performance Dolly West’s Kitchen by Frank McGuinness in the Excel in Tipperary Town.  This production is produced and directed by the acclaimed Michael O’Donoghue and is amongst the sharpest, most superior efforts of the Forge Players to date.

The set is superb having been designed by Joanna Ryan and built by Billy Whelan.

The play, Dolly West’s Kitchen evokes a range of different emotion and reactions from the audience.  Set in 1943, Dolly West is at her family home in Buncrana, Donegal after fleeing Italy at the outbreak of the Second World War.   She runs the house for her irreverent, outspoken mother, her sister and her sister's husband, and her younger brother, an officer in the Irish Army and a fervent nationalist.

Questions over the neutrality of both Ireland and the West household are raised when mother invites three soldiers — an English officer and two US troopers — from the war zone across the nearby Eire / UK border. Soon clashes of loyalty, jealousy, sexual identity and love creep in.

The Forge Players will perform the play on this Thursday, Friday and Saturday night, January 25th, 26th, and 27th at 8pm in Tipperary Excel. Tickets are on sale for €15 at the booking office in the Excel and at the door on the night.

Come along and support the Forge Players in their annual effort to raise the spirits of our community.