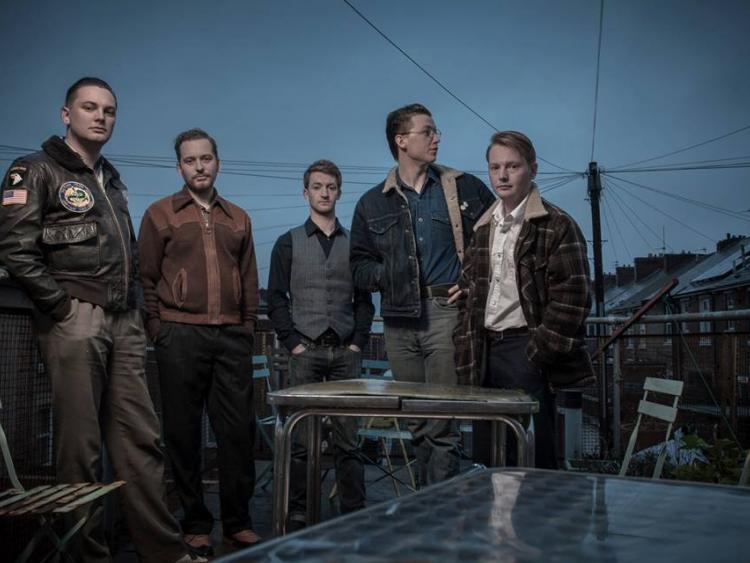 Clonmel World Music is back for its second show of 2018, following the huge success of its Scullion show in January, and they are delighted to welcome one of the best UK Roots bands back to Clonmel.

Rob Heron and the Tea Pad Orchestra are one of the hardest working bands in the UK roots circuit, with thousands of touring miles under their belts. They have earned themselves a sizeable fan base in the UK, Europe and beyond. Based in Newcastle Upon Tyne, they play their own brand of Western Swing, Blues, Gypsy Jazz and Country, or “North Eastern Swing” as they've coined it.

Their style is more eclectic than most, influenced by early 20th century American music, with the addition of “razor-sharp” solos, great arrangements and original songs; their music harks back to a golden age whilst staying perfectly modern. Rob Heron & The Tea Pad Orchestra don’t care what genre you choose to put them in – western swing, country blues, ragtime hokum or whatever else– as long as you understand that they’re 100 percent sincere and 100% immersed in this stuff. This is no lazy pastiche, no dressing up box. They live and breathe this music and want you to get immersed with them. The songs are penned by Tom Cronin and Rob Heron, joined by Ben Fitzgerald (guitar), Tom Cronin (mandolin, harmonica), Colin Nicholson (accordion), Ted Harbot (double bass).

Their debut album, ‘Money Isn't Everything’, caused a sensation when it was released in 2012, winning a host of rave reviews – many of them 5-star. Their second album, "Talk About The Weather" (released July 7th 2014) also gathered some notable radio play and reviews. Their third album “Something Blue” was released in 2016, and was critically acclaimed. Across the three wonderful albums, the band have constantly added new flavours to their sound: Heron in particular is a vinyl obsessive, always fired up about some new passion – calypso or boogaloo or whatever this week brings – and that eclecticism feeds into their songs, with the new album adding gospel and rockabilly to the Tea Pad palette.

They've had a lot of RTE radio plays over the last few years as well as playing almost every important BBC live session going, and most of the major UK festivals, selling out the Spiegeltent at Edinburgh Jazz festival and they also played a 10pm Sat night slot in the BBC tent at Edinburgh fringe festival.

The band are constantly on the road and they play in all corners of the UK, Ireland, Holland, Belgium and Germany each year before heading back to the UK for lots of festivals from June to September, for festivals like Glastonbury, Bestival, Wilderness and Towersey Folk Festival. This is a hard working band, and the amount of time they spend on the road is reflected in the “musical tightness” of the band and the extremely polished live shows.

Doors for the gig will open at 8pm. There will be no support act, and the band will start at 9pm prompt. Tickets are available now ; online on www.clonmelworldmusic.com ; in Marians Bookshop Clonmel ; in South Tipperary Arts Centre Clonmel, or from Gerry Lawless on 086 3389619