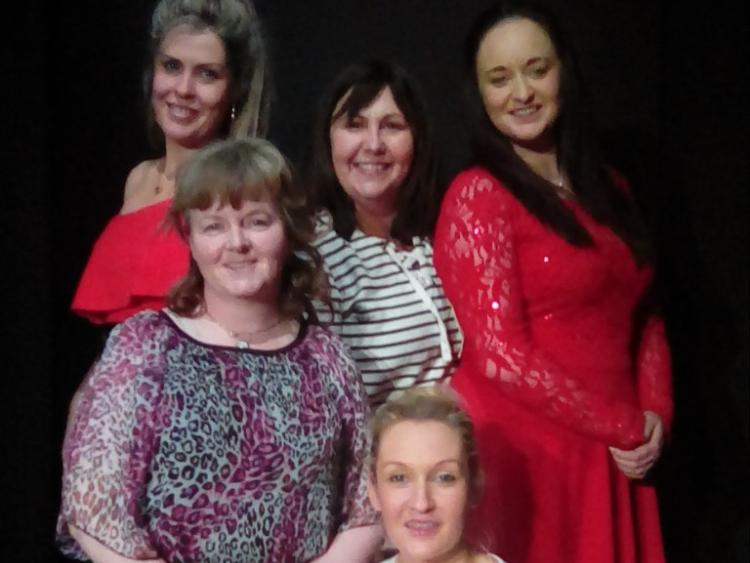 It's Drama Festival time once again and Holycross/Ballycahill Drama Group are hard at work in preparation for the festival circuit which kicks off in Dublin at the end of February. Never ones to shy back from a challenge, this year we are once again taking on a little known play 'Bold Girls' by Rona Munro.

Set in Belfast in the 1990's it is a story of love, friendship and betrayal. Marie, Cassie and Nora have their lives turned upside down by the arrival of the mysterious Deirdre. Is she an innocent caught up in a night of raids and breakouts or is there an alternative reason for her arrival into the women's lives? Following our success on the festival circuit last year, we are working hard on all aspects of Bold Girls and hoping to exceed our achievements this year. Claire Ryan is once again at the helm and her previous record as Director is second to none.

Our four award winning actresses, Jenny Bracken, Jacqui Lacey, Joanne O'Neill and Elaine O'Dwyer are no strangers to stage and we are thrilled to welcome Jenny to Holycross this year. She is also a member of the Nenagh Players and has starred in many leading roles during her time with them.

No show could go on without a dedicated backstage and technical crew and we are blessed in our group to have them in abundance from set builders, Andy Slattery and Paddy Connolly to set dresser Catherine Lowry. Lighting wizard Conor O'Connell who joins us this year from Moat and previously Silken Thomas where he also acted to great acclaim, lighting operator Miriam Lanigan, sound operator Aisling Henchion and Sally O'Rourke our prompter.

We are looking forward to bringing this brilliant play to life on stage and our usual pre festival performance will take place in Moyne Parish Hall on Sunday 25th of February at 8pm. Come along and support us, we promise you won't be disappointed.