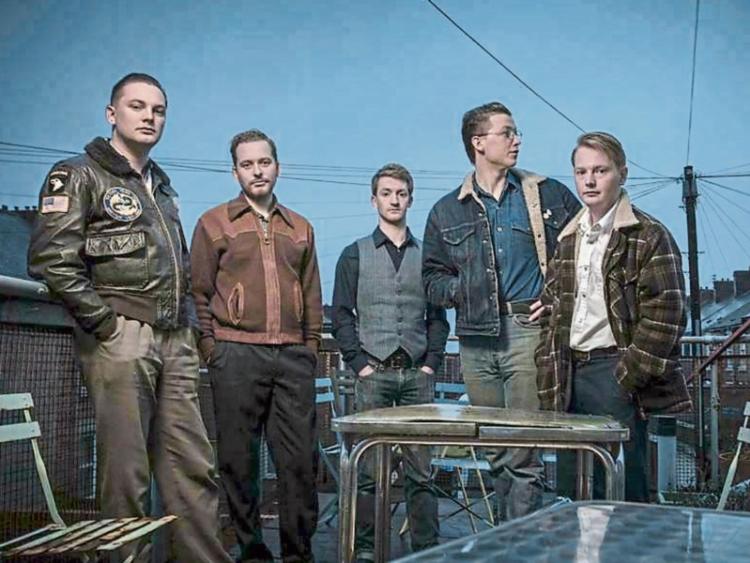 Clonmel World Music is back for its second show of the year, following the huge success of its Scullion show in January, and they are delighted to welcome one of the best UK Roots bands back to the town.

Rob Heron and the Tea Pad Orchestra are one of the hardest working bands in the UK roots circuit, with thousands of touring miles under their belts.

They have earned themselves a sizeable fan base in Britain, Europe and beyond.

Based in Newcastle-upon-Tyne, they play their own brand of Western Swing, Blues, Gypsy Jazz and Country, or “North Eastern Swing” as they've coined it.

Their style is more eclectic than most, influenced by early 20th century American music, with the addition of “razor-sharp” solos, great arrangements and original songs; their music harks back to a golden age, while staying perfectly modern.

Rob Heron and The Tea Pad Orchestra don’t care what genre you choose to put them in – western swing, country blues, ragtime hokum or whatever else– as long as you understand that they’re 100% sincere and 100% immersed in this stuff.

This is no lazy pastiche, no dressing up box. They live and breathe this music and want you to get immersed with them.

The songs are penned by Tom Cronin and Rob Heron, who is a crazy fool for country music and a full time dandy-cowboy!

Doors for the gig will open at 8pm. There will be no support act, and the band will start at 9pm sharp.

Tickets are available online on www.clonmelworldmusic.com ; in Marian’s Bookshop, Clonmel ; in South Tipperary Arts Centre Clonmel, or from Gerry Lawless on 086-3389619.