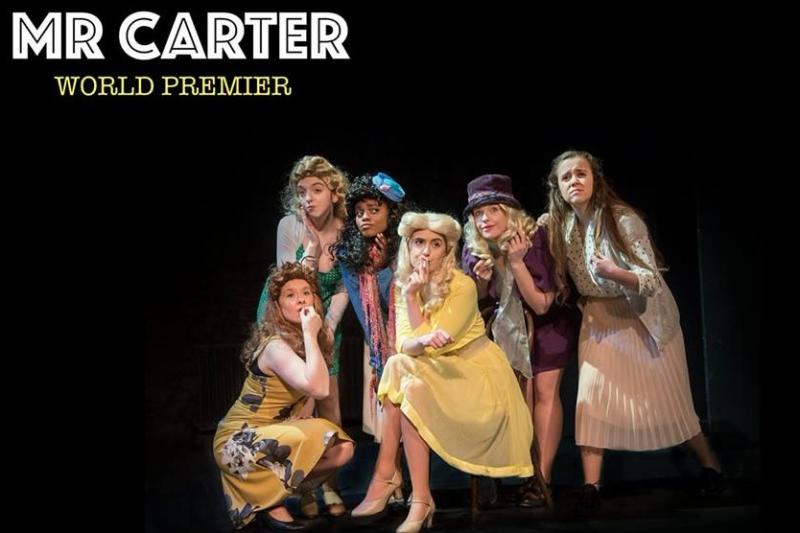 JW Productions have been incredibly busy rehearsing for the exciting world premiere of Mr Carter The Musical, an exciting new venture for the local production company with Stefan J. Doyle writing the book, music and lyrics for this new show.

The musical is set in New York in the 1940's. A company Owner Samuel Carter and his wife Cecily having lost their fortune with a run of unsuccessful shows, decide to make one last stab at it. The only problem is that they don't have a cast due to their failed reputation so it's up to him, his wife Cecily and sheer luck to save the day and their company.

This on the edge of your seat musical is a whirlwind of dramatic and hilarious Love affairs, with high energy tap dancing that will blow yours socks off.

Taking on the title role of Mr. Carter is local man David Cronin who is the well known and loved owner of Cronins Garage in Nine-mile House.

Playing his wife Mrs. Carter is the beautiful Olwyn Grogan who has just finished successful runs with both Pirates of Penzance with Tipperary M.S. and Mrs Lynch with St. Marys CS and is sure to blow you away with her incredible voice.

Playing the role of the aspiring young star to be, Liddy, is Holly-Jean Williamson who is well known in the theatre world for her acting and singing and now gets to show off her dancing skills in this new explosive high energy tap musical.

Robert Donnelly is playing the charismatic Bill as well as being the choreographer who will astound you with his beautiful tap dancing. Other cast members include Olivia Parkinson who takes on the sassy Texan that is Darcy, TV star Chelsea O'Toole who plays the gorgeous and dry Eva, Waterford's stunning Susan Akintomide will play the shy but fierce Aby, Shelley Calvin as the flirtatious Sally, Musical.ly star Carla Silver as the quick tempered Mavis.

Also included in the cast is the incredibly talented Matilda Magner playing the role of Annie who has earned the title of west-end performer with JW Productions along with Grace Egan and Mia-Rose O'Sullivan who are joined by upcoming star Elica Dalton playing our mischievous kids. TV and stage performer Tom Doonan will be playing the lovable caretaker Eddie.

The show will make its world premiere in the beautiful setting of the Abymill Theatre in Fethard on the 3rd of May and will continue until the 6th of May. Booking has now opened and tickets €20 with concessions for OAP's, Students and groups (5+) at €15. Book now to witness a world premiere call Anne at Treks Charity shop (086)0834208.