Apres Match celebrate 20 years of comic genius at The Source 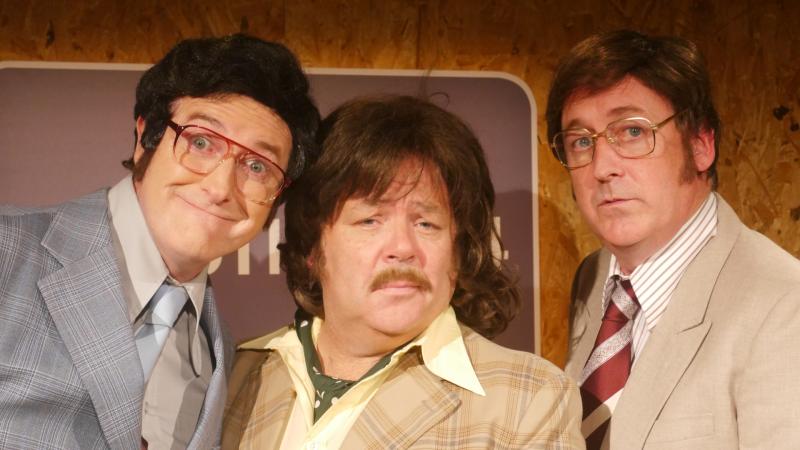 ‘20 Years of Apres Match’ comes to The Source Arts Centre Thurles on Friday 22 June at 8pm. Tickets cost €20 and are available from the Box Office on 0504 90204 or on www.thesourceartscentre.ie

As world cup fever grips the nation this month, 20 Years of Apres Match stops off at The Source in Thurles for a hilarious one-off night of satire and eye watering comedy.

Tracing its origins back to a short sketch on RTE in 1994, the trio of Barry Murphy, Risteárd Cooper and Gary Cooke (the Apres Match panel) was officially formed in 1998 and became a regular RTE fixture following each of Ireland's qualifying games for the '98 World Cup.

Now two decades on, the boys are back to celebrate 20 years of comedy gold and legendary impressions including the likes of Bill O'Herlihy, Johnny Giles, Liam Brady, Jamie Redknapp, Gary Lineker, Marian Finucane, Miriam O'Callaghan and many more.

The boys, who have been a staple of RTE’s football coverage since 1998, have spent the last 20 years lampooning football pundits and are on track once again to play an integral role in this summer’s coverage. Apres Match bring their hilarious and cutting edge comedy to The Source so why not get a front row seat with the boys for their all-new World Cup special show featuring a vast arsenal of characters, from the world of sport, politics, media and everything in between.

‘20 Years of Apres Match’ comes to The Source Arts Centre Thurles on Friday 22 June at 8pm. Tickets cost €20 and are available from the Box Office on 0504 90204 or on www.thesourceartscentre.ie