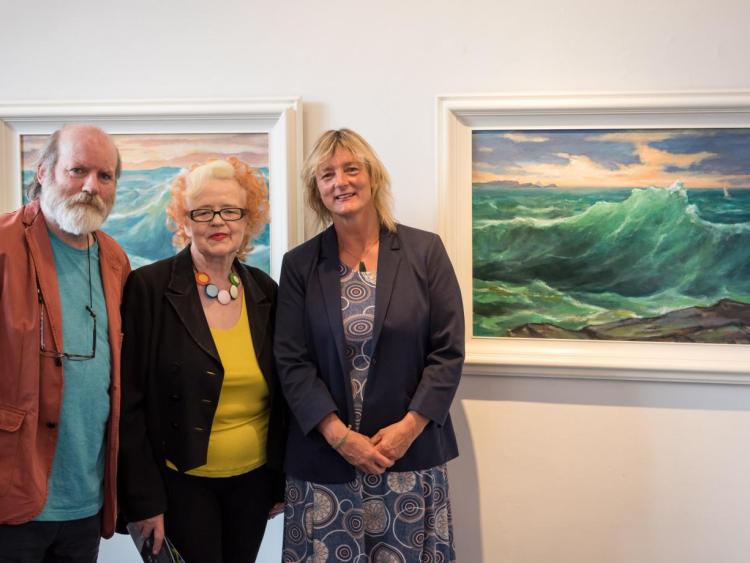 Opened by former Greenpeace activist Senator Grace O Sullivan it features the Atlantic waves in all their glory from Renvyle to Ballinskelligs where Eoin has spent time at the Cill Rialaig artist retreat founded by Dr Noelle Campbell-Sharp. Charles J Haughey unveiled the project which involved the restoration of the pre famine village in 1991.

Since then more than 4500 Irish and International artists, writers, poets and composers have found sanctuary there rent free for short 2-4 week residencies .

The Skelligs and the tempestuous seas surrounding it were obviously of inspiration for Eoin whose paintings demonstrate the dramatic fall and break of the sometimes enormous waves with titles such as ‘Splash’ and ‘Crash’ of particular appeal perhaps to surfers.

The show runs until 12th June.