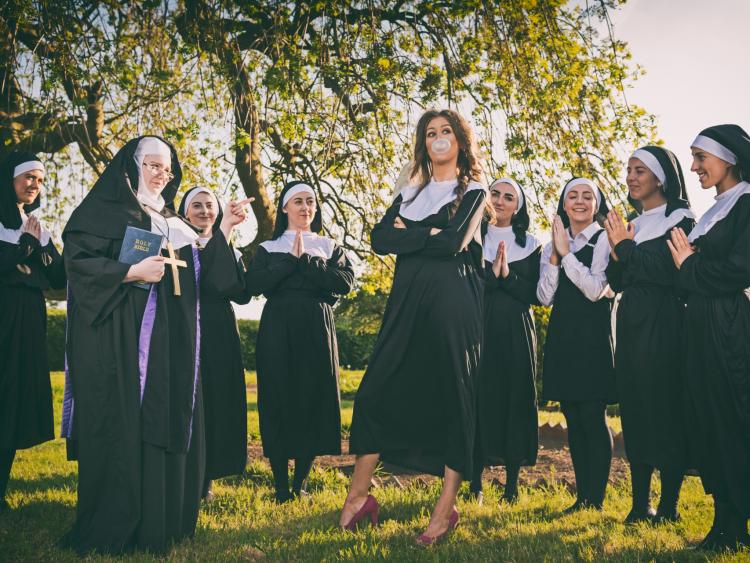 Creative Minds Productions are back in the habit with Sister Act the Musical in Clonmel. Photo credits: Michal Skuliowski (Home of the Mind Photography)

This July, Creative Minds Productions bring the Broadway hit Sister Act the Musical to The White Memorial Theatre. Sister Act is the feel-good musical comedy smash based on the hit 1992 film that has audiences jumping to their feet, featuring original music by Tony- and eight-time Oscar winner, Alan Menken.

When disco diva, Deloris Van Cartier (Rachel Brown), witnesses a murder, she is put in protective custody in the one place the cops are sure she won't be a found: a convent! Disguised as a nun, she finds herself at odds with both the rigid lifestyle and uptight Mother Superior (Mary Condon O’ Connor).

Using her unique disco moves and singing talent to inspire the choir, Deloris breathes new life into the church and community but, in doing so, blows her cover. Soon, the gang is giving chase, only to find themselves up against Deloris and the power of her newly found sisterhood. Filled with powerful gospel music, outrageous dancing and a truly moving story, Sister Act will leave audiences breathless. A sparkling tribute to the universal power of friendship, Sister Act is reason to REJOICE!

This will be Creative Minds’ third musical under the production team of Jennifer Williams (director), Eamon O’ Malley (musical director) and Henry Fitzgerald (choreographer). With members of the cast and production team having roots in AIMS award winning societies, this show promises wonderful things!