Tipperary animator creates buzz in the US with new comic book 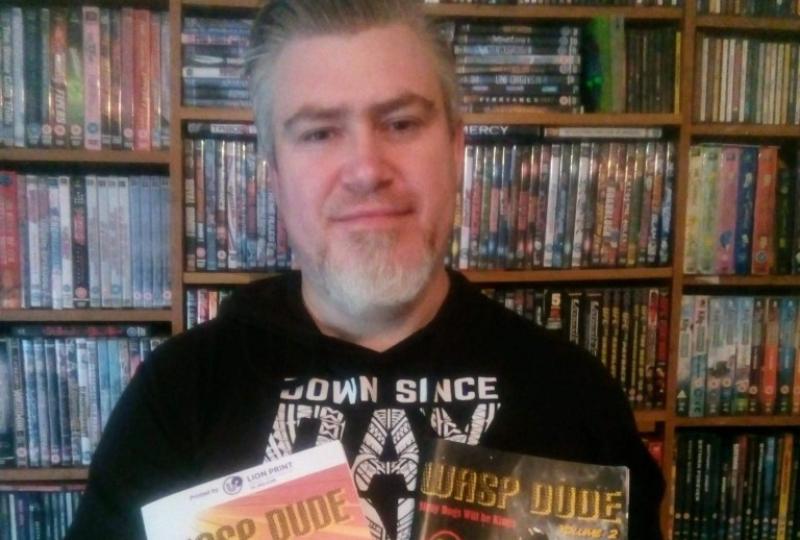 Kenny Noble, pictured, with the first issue of the Wasp Dude series. The comic book is available to purchase in Easons Thurles, Ely's Centra and Centra, Naomi`s cafe Thurles

The concept for Noble’s comic book series was born out of a college project during his time at Templemore College of Further Education and the self confessed “comic book nerd” says he was inspired to return to the Wasp Dude character earlier this year as a “pet project.”

A little over 6 months later and Noble’s ‘pet project’ was a fully fledged 44 page illustrated comic book taking pride of place on shop shelves in Tipperary and further afield.

Check out this small teaser for Wasp Dude 2 out in September https://t.co/ksYDgXFPcU

To fund the comic the Creative Media graduate reached out to local businesses in Thurles who jumped at the chance of backing the town's first illustrated superhero.

“The local support has been amazing. We printed 100 copies of the first issue and it’s almost sold out. After the backing of local businesses we decided to keep the printing local as well and went with Lion Print in Cashel,” says Noble, adding he’s received online orders for the comic from as far away as Austria, Australia and the US.

Not one to rest on his laurels, Noble was straight back into comic book artist mode setting to work on a second edition of the Wasp Dude series. After putting in 15 hours a day for 10 days, the second issue was complete.

“I took it to Comic Con in Dublin recently and I got some great feedback,” says Noble, who can also count fellow Irish comic book writer Barry Keegan as a fan after the Portlaoise based writer offered him some invaluable advice.

“It’s a niche area but it’s growing all the time. The big superhero movies from DC and Marvel have helped comic book writers massively and there’s a lot of Irish people working for Marvel at the minute.”

And with the second issue of Wasp Dude in the bag, Noble’s one time college project certainly wouldn’t look out of place besides the likes of Thor or Captain America.

“You don’t hear of too many comic books coming out of Tipperary. It’d be good for the county to be known for something other than GAA,” he jokes.