Kelsey Crowe steals the show at Tipp's Got Talent finale 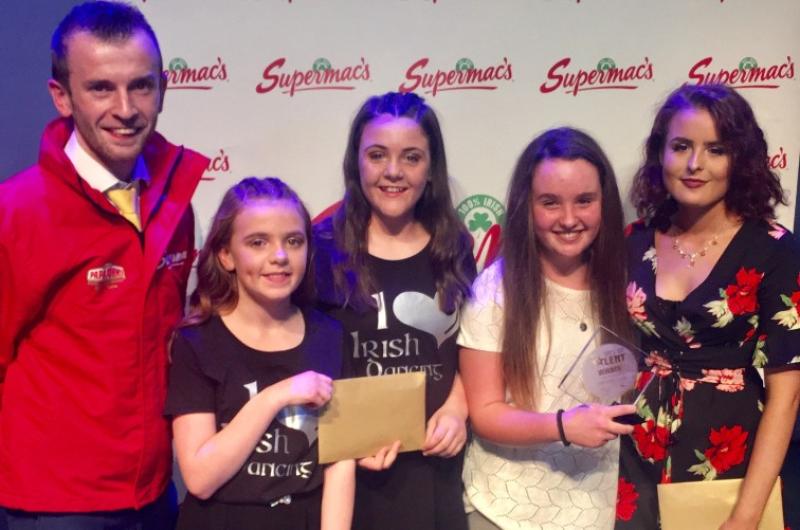 Saturday night saw the Grand Final of Tipp’s Got Talent take place in Tipperary Excel in front of a packed theatre. The competition was run by Tipperary Musical Society in conjunction with Tipperary Excel, and is now in its fifth year. With a total prize fund of €1000, sixteen acts performed a mixture of song, dance and instrumentals and showcased the local talent that Tipperary has to offer.

Last year’s winner, singer-songwriter Eilish Hassett, returned to entertain the audience with three of her own songs. Mayhem ensued as Pat Ryan of Tipperary Pantomime Society broke onto the stage, determined to secure the top prize of €700 for himself! The audience erupted with laughter as “security” were forced to chase him around the auditorium!

Judges Miriam Ball, Brigid Whelan, Michael Ryan, Mairead Breen and Guest Judge, Pride of Tipperary Megan Morrissey, had the onerous task of deciding the winner. Jim Keane as MC did a wonderful job all night, with his final task being to announce the results.

In third place were Sara Cuss and Abbie O Dwyer, an Irish Dancing duo who added their own flair with some modern choreography. Second prize went to Leonie Keating who showcased her voice beautifully with ‘Lilac Wine’ by Jeff Buckley. Kelsey Crowe took first place and the overall prize of €700 for her powerful rendition of Sam Smith’s ‘Writing’s on the Wall’ which she performed again as an encore. As the main sponsor of the event, Paudie Byrne of Tipp Town Plaza was on hand to present the prizes, which in addition to the prize money also included vouchers for second and third place.

We would like to extend our gratitude to Tipp Town Plaza for being onboard again with us this year and supporting the local community so generously. We would also like to thank our media partners Tipperary Mid West Radio and Trophy Sponsors Joe Whelan’s Giftware Specialists.