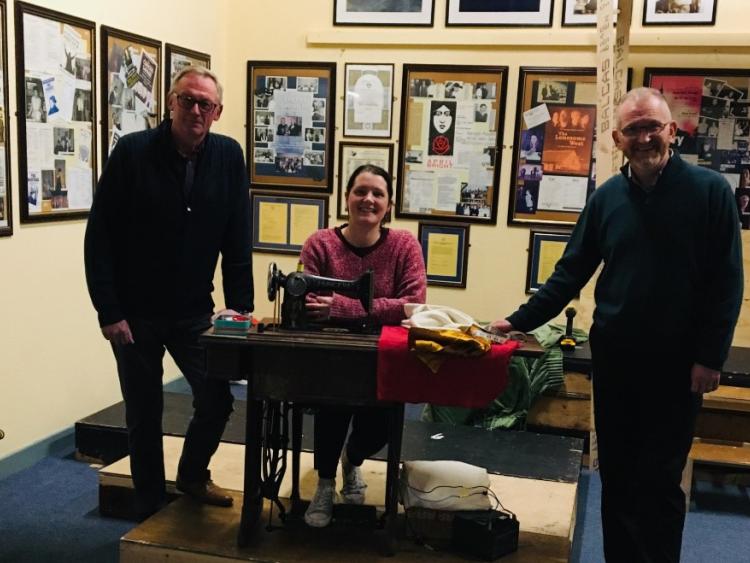 Nenagh Players are currently in rehearsal for their upcoming production What Happened Bridgie Cleary,  written by Tom MacIntyre and directed by Donal Bray.

What Happened Bridgie Cleary tells the story of a woman from the small south Tipperary community of Ballyvadlea who was burned to death by her husband Michael, who claimed she was a witch and he had tried to drive the evil spirits out of her.

Following a trial Michael was convicted of manslaughter, and spent fifteen years in prison before emigrating to England.

In the play Bridgie is united in the anteroom of heaven with her husband and her lover William Simpson, who are haunted by their love for her and by their participation in her death.

.@NenaghPlayers present 'What Happened Bridgie Cleary' telling the story of Bridgie Cleary the last woman in ireland burned as a witch in 1895 on Wednesday 20th & Thursday 21st February. Tickets are on sale now online https://t.co/et28MPZDFn or at the Box Office on 067 34400 pic.twitter.com/k1ZbkcxFyE

The following are the festivals they will be attending and their performance dates;  Rush February 28, Ballyduff, March 5, Charleville, March 12, Rossmore, March 15, Claregalway, March 17, Holycross, March 24, Scariff, March 27 and Glenamaddy, March 30.

To make bookings for the performances in Nenagh please contact Nenagh Arts Centre on 067-34400, or go to  https://www.nenagharts.com /index.php/upcoming-events/