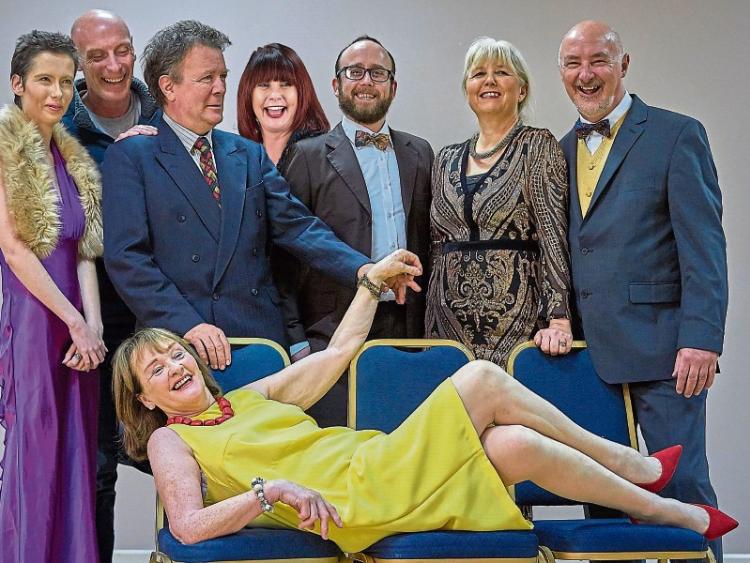 Members of Clonmel Theatre Guild in a recent production

Excitement is building in Clonmel Theatre Guild as the countdown is on to the 50th anniversary of its formation on  February 23, 1969.

On that momentous night a group of members of the drama group attached to St Mary’s Choral Society decided at a special meeting in Hearn’s Hotel to form themselves into a separate organisation to be known as the Clonmel Theatre Guild.

Over the past 50 years the guild is proud to have staged 110 productions bringing amateur theatre to the people of Clonmel and environs.

The repertoire covered has been varied and impressive and whether it has been a play in the White Memorial or comedy at dinner theatre, the guild has always strived to bring the best to its patrons who have always enthusiastically supported its efforts.

In recognition of the guild’s contribution to the arts and cultural life of Clonmel and to celebrate its 50th anniversary,  mayor  Richie Molloy is hosting a mayoral reception for the guild on Friday  February 22  in the town hall at 7.30pm.

Clonmel Theatre Guild is calling on all its past members to come along on the night and be part of this celebration. Places are limited, so if you would like to attend, please contact us by email info@clonmeltheatre guild.org, message us via our facebook page or call Janet on 089 202 5124

This is a wonderful opportunity for members past and new to come together to share stories of fun times, reminisce on those who have gone to their eternal reward and celebrate the many successful productions over the years.

The guild is planning an exhibition in Clonmel library in May and would welcome any old photos, newspaper cuttings or other memorabilia that members may have and would be willing to loan to the guild for the week.

Guild chairperson Carol Acheson said -  “The members of the guild today stand on the tall shoulders of all those who have gone before us.

The members of the guild today  would not be here but for the tremendous work they lovingly undertook over the past 50 years.  Please  join us  at these celebrations, we look forward to seeing you”. there”.